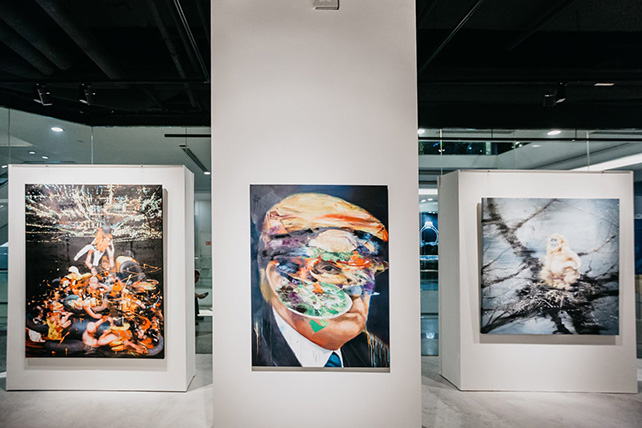 Upon graduation from international relations and languages in Beijing, TianBing Li moved to Paris to further pursue his studies at the Ecole Supérieure Nationale des Beaux-Arts. The Guilin-born Chinese painter attempts to recapture and reimagine his own childhood, and to explore the social consequences of the most controversial and far-reaching policy China has decreed: the one-child rule.

TianBing Li’s artworks peer into China’s progression through the years. From his earlier works that capture the mountains of the FuJian province, to his paintings depicting his childhood under China’s 1970s Single Child Rule Policy, the artist provides a retrospective on the Chinese identity with his artistic technicalities and expressions of a western painter. TianBing Li’s more recent works show him moving away from his self-portraits which he has now become known for and explore the cataclysms and their eventual social impacts.