Urban Hysteria (the self in a state of excess) – Part 2 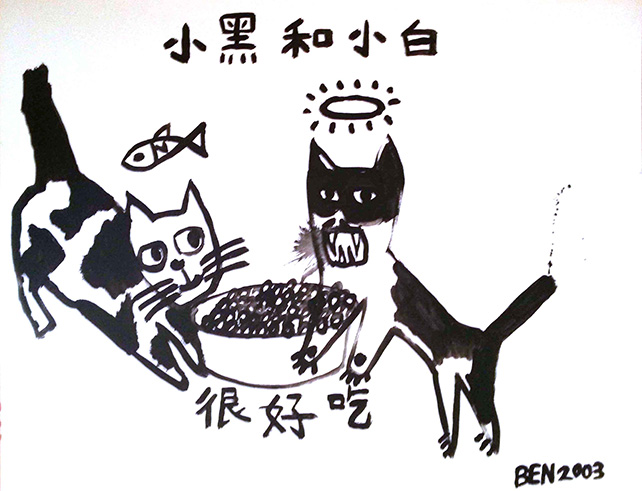 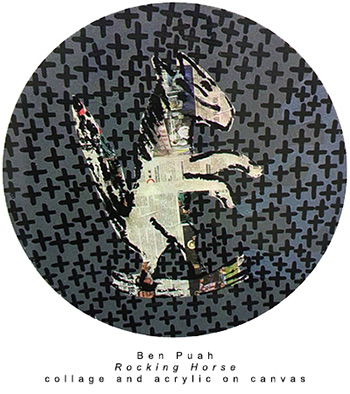 Flaneur Gallery is presenting a series of group exhibitions titled Urban Hysteria curated by Stefanie Tham. Urban Hysteria unpacks the tensions within our urban condition. The city that we dwell in impacts and shapes our existence; its environment can engender both excitement at the promises of prosperity, and fear when we cannot keep up with its demands.

In this second part of The self in a state of excess, artists Ben Puah and Liu Wenchao present works that respond evocatively to their urban environment. Here, both artists re-articulate the mundane. 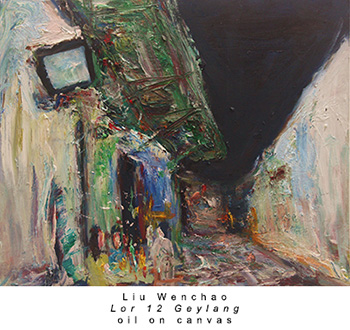 Ben Puah’s childlike illustrations are a response to his immediate surroundings. Inspired by the daily happenings in his vicinity, Ben tries to make sense and humour out of the irregularity found in the ordinary. A nonconformist who stays true to his artistic expression, Ben’s work are instantly recognisable by art collectors for its boldness.

A recipient of Singapore President’s Young Talents 2001, Ben’s artwork are in public and private collections including Singapore Art Museum.

Liu Wen Chao’s series of oil paintings depicts the Geylang district in Singapore, a place well-known for being Singapore’s red-light district. Wen Chao explores his subject emotively and applies his paint generously; his rendering creates a raw texture that obscures detail, yet in turn enhances the atmosphere of the scenes.

Depicting his figures mostly as solitary beings, the work also highlights an undercurrent of loneliness beneath these streets marked out for pleasure-seekers.

Hours: Tuesday to Saturday 11am to 7pm, Sunday 1pm to 6pm