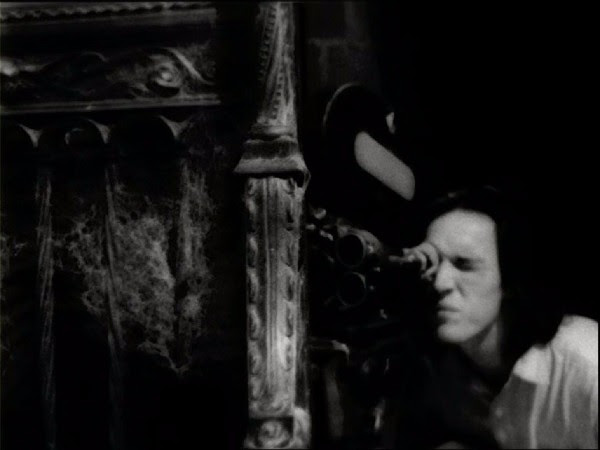 Vampir-Cuadecuc is possibly a key film in understanding the transition in the Spanish film world from the period of the “new cinemas” (permitted by the Franco government) towards the illegal, clandestine, or openly antagonistic practices against the Franco regime. The film consists of shooting the filming of a commercial film El Conde Drácula by Jesús Franco. Portabella practices two types of violence on the standard narrative: he totally eliminates colour and substitutes the soundtrack with a landscape of image-sound collisions by Carles Santos. Filmed provocatively in 16mm and with sound negative, the tensions between black and white favour the strange “fantasmatic materialism” of this revealing analysis of the construction mechanism for the magic in dominant narrative cinema, which at the same time constitutes a radical intervention in the Spanish cinematographic institution.

This Screening is part of the public programme of Ghosts and Spectres – Shadows of History.