When do the trees sleep? 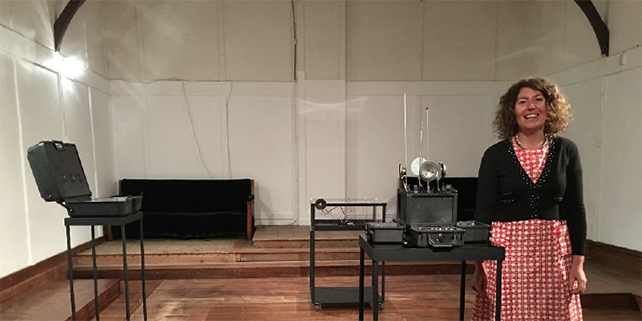 Walking through the streets of Singapore at night, the trees offer a kind of refuge between the concrete and cars. The trees are lit from every angle, as are the buildings, bridges, underpasses, and almost all public spaces. Powered light makes space feel safe, exposing the cracks and corners and all that pass through. While light makes something visible it is dependent on a concealed electrical network that passes underground to transmit and distribute electricity.

Charlotte Parallel uses a DIY light-to-sound transducer (a solar panel plugged into an amplifier) to audify the electrical processes of powered light. Telematically, Jon He will be performing in INSTINC gallery using a g.qin (a customized hand controller), to sample and perform concrete sounds from the gallery space.

He and Parallel will be sonically navigating their respective sites over Skype, allowing a conversation from one place to another. Their ‘jam’ will be projected in the gallery where audience participation is invited by activating the sound map within the gallery.