Explore worlds of endless possibilities at the Singapore Writers Festival 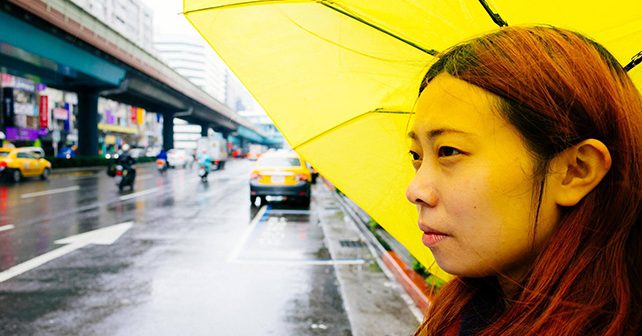 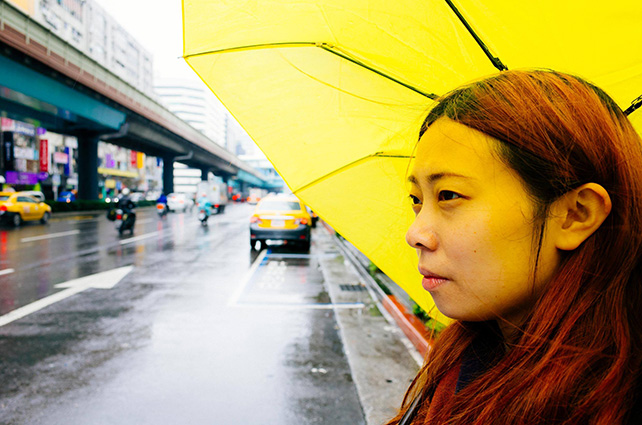 Who we are, what are the worlds we inhabit and what are our responsibilities as denizens – these are among the many thought-provoking questions raised by the 21st edition of the Singapore Writers Festival (SWF) as it returns this November as the leading literary event in the region, to inspire people to come together to explore new worlds and ideas. Organised by the National Arts Council to champion and grow appreciation for literary arts and culture in Singapore, the Festival will feature an exciting line-up of influential Singapore and international writers, speakers and thinkers who will headline a multitude of literary events over two weeks, from 2 to 11 November 2018, in the Civic District. 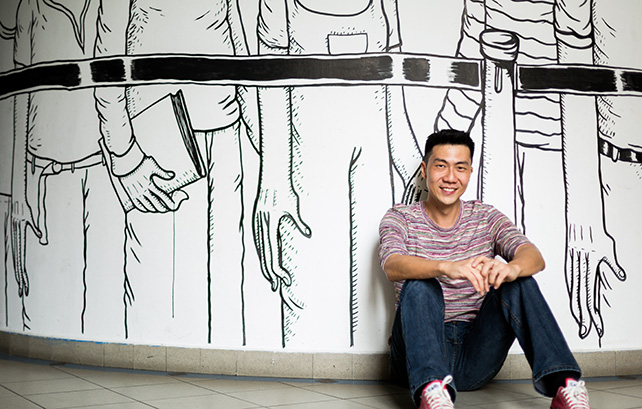 For the third year running, the Festival theme will be drawn from one of the non-English official languages – this time centred around a Chinese character referring to the different world(s) we live in – 界 (jiè). The word itself is nuanced with multiple meanings, expressing the idea of endless worlds which range from one’s imagination and virtual reality to geographical borders and man-made boundaries. The Festival went with the Tamil word ‘Aram’ (meaning “goodness”) in 2017 and the Malay word ‘Sayang’ (meaning “love” or “loss”) in 2016.

This year’s textured theme will encompass a broad spectrum of topics including immigration, inter-culturalism, climate change and identity. The spread seeks to offer audiences a wealth of fresh perspectives on how they see themselves, as well as to explore their identities to better understand their experiences in the world(s) they live in. In response to the theme, homegrown musician and fiction writer Kelvin Tan has created a Mandarin-based music piece interspersed with lines of dialect – including Cantonese, Hokkien and Teochew – as the key Festival commission this year.

This year, the Festival honours Yeng Pway Ngon as our Literary Pioneer. The wide-ranging oeuvre of the Chinese writer, who received the Cultural Medallion for Literature in 2003 and a three-time winner of the prestigious Singapore Literature Prize, will be celebrated through a Classroom Talk, an exhibition and a soiree featuring family, friends, colleagues and fellow writers which will be co-presented with The Arts House.

On the 2018 Festival theme, the Festival Director, Yeow Kai Chai, shared: “This year, we implore all writers, thinkers and audiences to reflect on what it means to be a citizen of the world, whilst considering our personal and geographical borders and other realms. The theme explores a sense of endless possibilities, a rich territory that we’ve woven in all our programming to inspire individuals with a multiplicity of viewpoints, experiences and perspectives to expand their pre-existing understanding of the world. In bringing communities together to explore what makes us different or what shared values unite us, we hope to spark literary conversations that truly transcend borders.”

LITERARY GIANTS FROM AROUND THE WORLD

The Festival will be headlined by a line-up of diverse writers, poets, graphic novelists, philosophers and thought leaders from around the world (full list in Annex C): 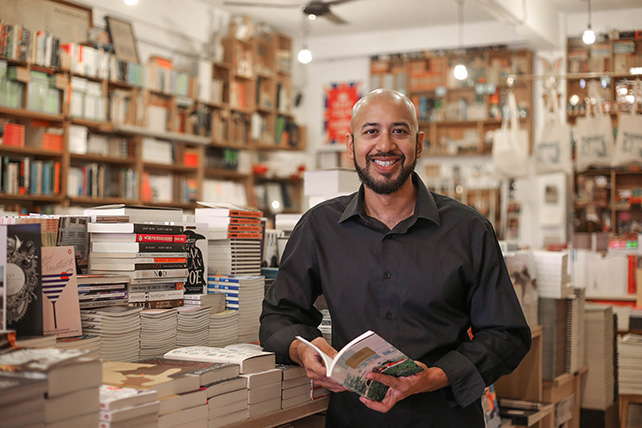 Fantasy and Speculative Fiction: In the spirit of exploring other realms, this year’s programming will see a focus on speculative and experimental fiction and other-worldliness with participating authors like Intan Paramaditha (Indonesia), whose body of work typically explores the intersection between gender, culture and politics in the horror genre, science-fiction and fantasy writer Xia Jia (China), as well as Rachel Heng (Singapore), whose science-fiction debut novel, Suicide Club, explores a dystopian society obsessed with genetic perfection.

Technology and Digital Media: Technology will also be in the spotlight at the Festival this year, where topical issues such as virtual reality, brain-hacking and cryptocurrency will be addressed vis-à-vis the use and importance of it in contemporary society. For example, author and media studies professor Miriam Meckel (Germany) will examine the ethics of artificial intelligence and speculate on what the world would be like half a century later. Another event highlighting the focus on technology is the ever-popular SWF Closing Debate, where long-time Festival stalwarts Gwee Li Sui and Adrian Tan, and newbies Preetipls and Daryl Qilin Yam debate the motion This House Believes that Singaporeans Are Better Off With Social Media.

Eco-consciousness: Moving ahead, the Festival will continue to make a concerted effort as an environmentally-friendly event by advocating eco-consciousness in both its programming and operations. To this end, Zero Waste SG will present a talk on The Microplastic Crisis and You under SWF Class. In addition, climate change expert Jeff Goodell will paint a vivid picture of humanity’s fraught relationship with our planet in a 1-hour lecture under SWF Stage. All authors will also be provided with reusable – rather than single-use – water bottles throughout the Festival.

Medical Humanities: As part of a co-presentation with Nanyang Technological University’s School of Humanities and Social Sciences, writers Yong Shu Hoong and Danielle Lim will be part of several panels confronting issues of mortality and end-of-life care, as well as connections between illness, healthcare and literature respectively.

Trans-national identities: Writers from different backgrounds exploring the concept of identities will also dock at the Festival this year. They include the German spoken word artist Fatima Moumouni, who uses slam poetry to confront racism and gender discrimination; celebrated raconteur and author Ivan Coyote who will discuss what it is like to be on the outside looking in; Senthuran Varatharajah, who will draw from personal experience fleeing Sri Lanka to Germany as a migrant; and a panel event, in collaboration with the Chou Sing Chu Foundation, that will see writers debate the definition of Singaporean versus Malaysian Chinese literature.

With Singapore being the secretariat for ASEAN this year, the Festival will feature a rich tapestry of programmes in collaboration with our regional neighbours such as One Voice, a showcase of the best ASEAN performing arts among all 10 ASEAN member states, a panel discussion of the history of the Jawi script in Southeast Asia and its evolution through time, as well as a classroom talk by Singapore author Nilanjana Sengupta, who will be talking about the role of film director Maung Wunna in leading the new wave of Burmese cinema in the 1950s. 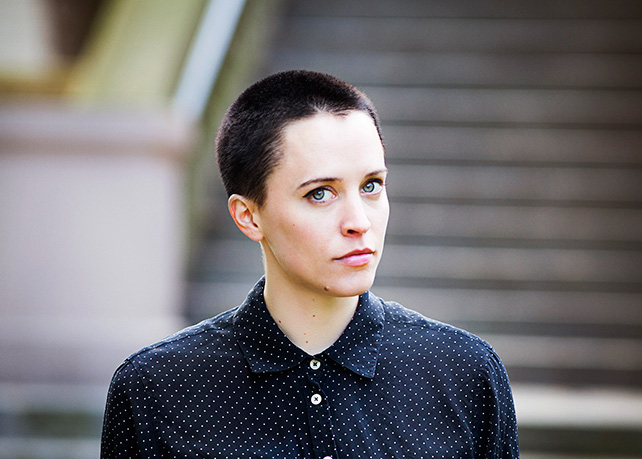 Nine writers and speakers from Germany will be participating in the Festival this year. They include the Japanese-born, Berlin-based Yoko Tawada, whose Japanese and German works highlights the strangeness in one language when seen from the perspective of someone who speaks another language; experimental poet Rike Scheffler, who uses her voice as an instrument along with effect pedals, loop stations and synthesizers to layer poem-like songs; and novelist Julia Franck, whose book Die Mittagsfrau (The Blind Side of the Heart), set in two tumultuous post-war periods of World War I and II, won the German Book Prize in 2007.