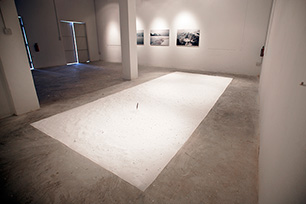 27 August 2014, Singapore – The Singapore Art Museum (SAM) and Asia Pacific Breweries (APB) Foundation today announced the 15 finalists of the APB Foundation Signature Art Prize 2014. Now in its third installment, the prize spotlights the most compelling contemporary artworks created by artists in the Asia Pacific region over the last three years.

Selected by a panel of five eminent judges from around the region, the finalists’ works were chosen from 105 nominated artworks from 24 countries and territories. Innovative and exciting creations from recent years, the contemporary artworks represent the very best of the region and are intentionally not limited by genre. Spanning various mediums from painting to sculpture, photography, video works and performance art, they each address topical issues and collectively shed light not just on our region’s contemporary art landscape but also on the topics and conversations relevant in our society today. 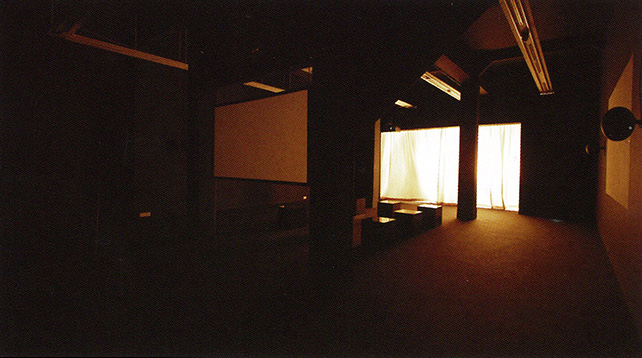 The works by Singaporean artists shortlisted for the prestigious title include a complex and beautiful video installation PYTHAGAROS by Ho Tzu Nyen which creates an immersive experience for audiences to explore the concept of the unseen and the concealment of power, sound or the voice; as well as Eskimo wolf trap often quoted in sermons, a seemingly minimalist installation by Zhao Renhui that draws on his experience of traveling through the Arctic and being overwhelmed by its starkness. 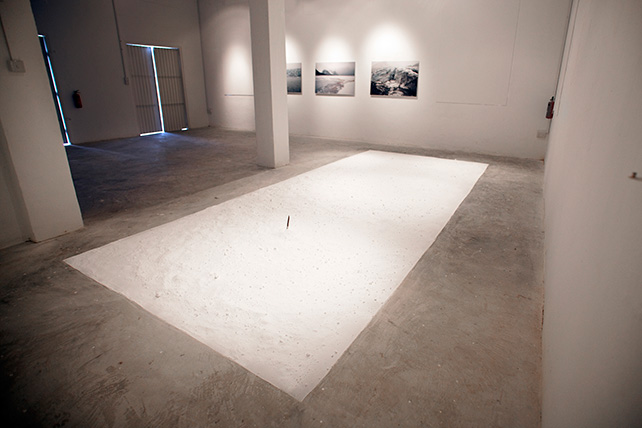 Other finalists works include Melati Suryodarmo’s I’m a Ghost in My Own House, an intense and powerful 12-hour long performance that sees the artist grind and crush hundreds of kilograms of charcoal, a symbol of life’s energy while Australian Owen Leong’s Infinite Love, a visceral and poetic performance, explores the body as a physical site for social, cultural and political forces in relation to his Asian-Australian identity.

Employing the use of meditative visuals, Go Watanabe’s One places / on “the room“ presents a technically challenging and deeply absorbing piece that changes the way we look at time and space; Ranbir Kaleka’s House of Opaque Water uses a narrative structure to present the idea of displacement and society’s response to these situations; and New Zealander Lisa Reihana’s work In Pursuit of Venus reflects the beauty of the Pacific Islands while offering a nuanced critique of its colonial legacies.

From China the works shortlisted include Liu Jianhua’s Trace, a striking piece inspired by the traditional art forms of calligraphy and porcelain to comment on societal ills and Peng Wei’s Letters from a Distance, which is steeped in traditional practices and utilizes Chinese aesthetic objects like scrolls and leaves melded together with texts from Western philosophers.

Choe U-Ram’s Custos Cavum (Guardian of the hole) takes the form of a mesmerizing and highly imaginative sculpture that depicts a mythical creature that is at once from the past yet also from an apocalyptic future and Arin Rungjang’s Golden Teardrop, revisits pivotal moments in Thai history and looks at the human movement and the exchange of cultures.

Exemplifying how art has the power to highlight a social issue for scrutiny and exact real change, Yao Jui-Chung & Lost Society Document (LSD)’s Mirage – Disused Public Property in Taiwan is an investigative political work on Taiwan’s ‘mosquito halls’ while Nguyen Trinh Thi Unsubtitled looks at freedom of expression through an installation about Nhan Van-Giai Pham – a suppressed literary movement of the 1950s.

Finally, exploring spaces and places, Pakistan’s Farida Batool’s Kahani Eik Shehr Ki (story of a city) brings viewers on a walk down a busy city street in Lahore, capturing the side of a city that people may not know of via 21 long lenticular prints while Naeem Mohaiemen of Bangladesh presents Rankin Street, 1953, an intimate work that reveals the artist’s memories of his family using his family home as the subject and uncovering the past through vintage photograph negatives.

The APB Foundation Signature Art Prize is worth $100,000 with $60,000 awarded to the Grand Prize winner and $15,000 each for two Jurors’ Choice Award winners. A People’s Choice Award of $10,000 will also be offered to the artwork that receives the highest number of public votes via on-site and online submissions (voting opens from 14 November 2014).

The APB Foundation Signature Art Prize Exhibition will take place at SAM from 14 November 2014 to 15 March 2015 with the winners announced at an awards ceremony on 22 January 2015.