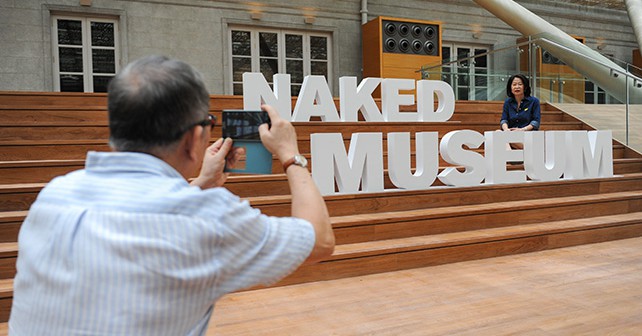 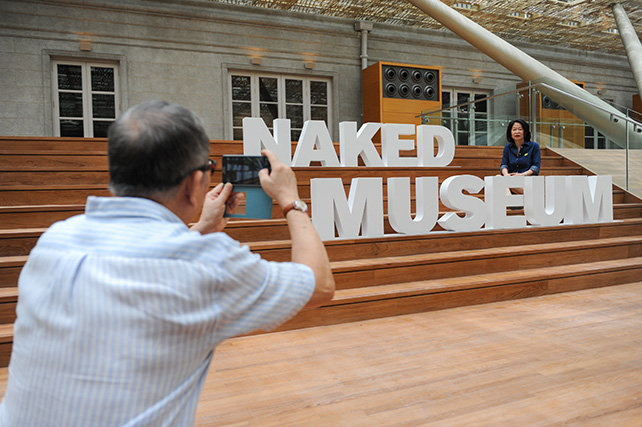 Over the weekends from 25 April to 3 May 2015, National Gallery Singapore unveiled its restored beauty of two iconic buildings for the first-and-only time to over 1,500 guests, including students, teachers, community leaders, members of the public who won the online contest as well as media and dignitaries, among them were Minister Mr Lim Swee Say, former Minister Mr George Yeo, former Member of Parliament Dr Lee Boon Yang and the notable Singaporean artist, Mr Chua Mia Tee. In total, 72 tours were conducted over the weekends.

The Gallery organized the preview where Singaporeans were offered their first glimpse of the historical buildings bared of its artworks. As national monuments, the former Supreme Court and City Hall were once the seat of government and the heart of civic life. The online contest for the Naked Museum Building History Tours drew overwhelming entries and as a result, extra tickets were offered to eager participants. Lucky winners were chosen to have a sneak peek of selected spaces at the Gallery before making its debut later this year. The event hailed a fantastic success with the trending hashtag #NakedMuseumSG trails over 800 times, and some of the best photos taken by the participants will be shared to the wider audiences on the Gallery’s Facebook and Instagram page in the upcoming weeks. 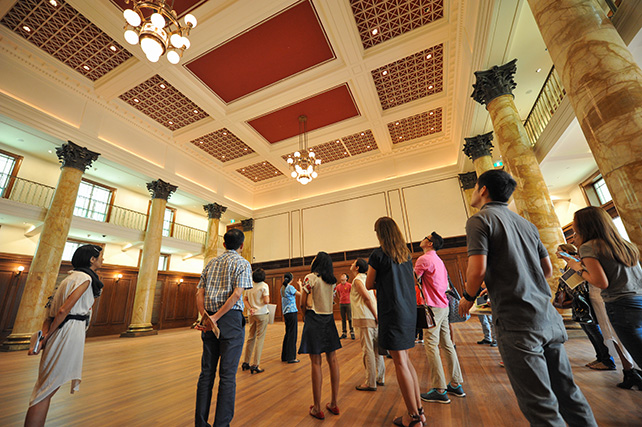 The event was officially launched by Mr Lawrence Wong, Minster for Culture, Community and Youth, who was also the guest-of-honour at a special appreciation night for partners and supporters. Mr Wong said: “The former Supreme Court and City Hall buildings are two buildings in the Civic District that have witnessed key milestones and turning points in Singapore’s history. It is especially meaningful that on our 50th birthday, these buildings will play a part in preserving our memories and nurturing our appreciation for the arts. I hope Singaporeans enjoyed the preview of these spaces before the artworks are installed, and look forward to welcoming the new Gallery later this year.” 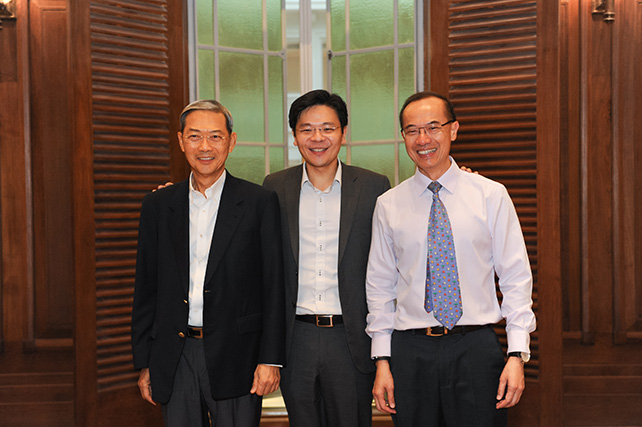 The Gallery will now undergo an intensive preparation to install the artworks in place leading up to the opening in October 2015. More information about National Gallery Singapore can be found on the official website www.nationalgallery.sg and the Facebook page at https://www.facebook.com/nationalgallerysg.