How do we picture the World and Ourselves? 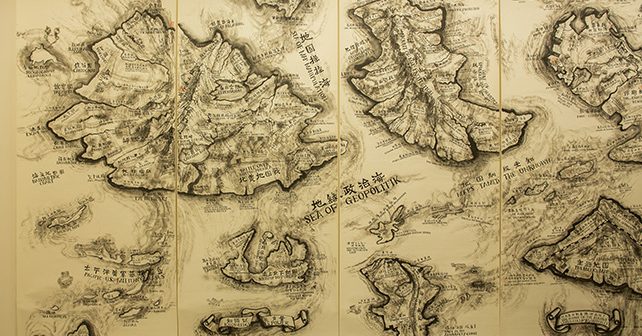 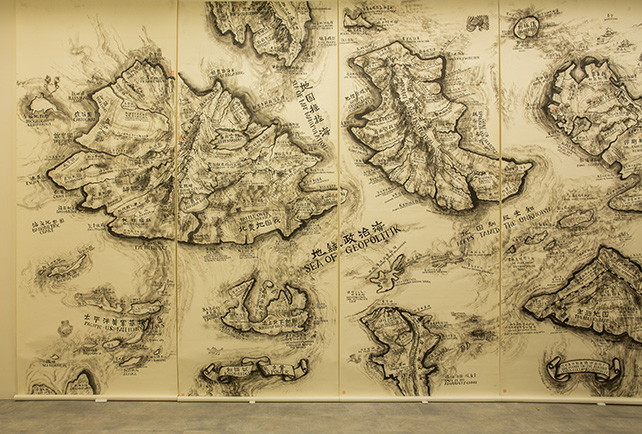 In this work, the artist surfaces two elements underlying the connections between the phantom island, Utopia, and monsters: fear and temptation. (Qiu Zhijie, One Has to Wander through All the Outer Worlds to Reach the Innermost Shrine at the End, 2016, Image courtesy of Singapore Art Museum)

The Singapore Biennale 2016 (SB2016), one of Asia’s most exciting contemporary visual art exhibitions, opened to the public on 27 October 2016 and runs until 26 February 2017. Titled An Atlas of Mirrors, this Biennale features works by 63 artists and art collectives from 19 countries and territories across Southeast Asia, East and South Asia. 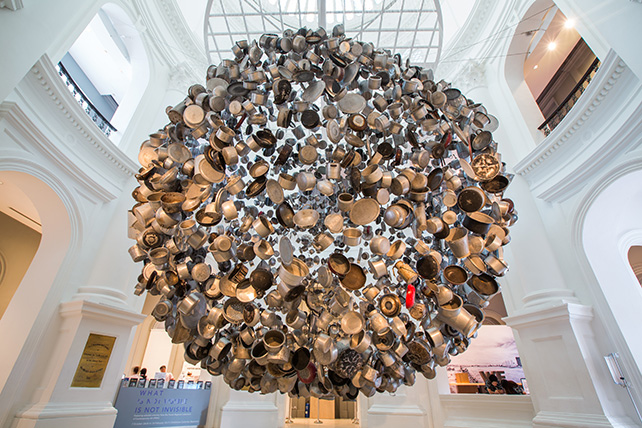 Artworks of various media are curated around nine sub-themes and presented at eight locations, with the Singapore Art Museum and SAM at 8Q as anchor venues. SB2016’s opening weekend will feature programmes for members of the public, including artist performances, curator and artist tours and talks, and after-hours musical performances in the SAM Courtyard on Friday (28 October). The four-month long international contemporary art exhibition is organised by SAM and commissioned by the National Arts Council of Singapore. SB2016 will feature several site-specific and commissioned contemporary works never seen before on the biennale circuit. 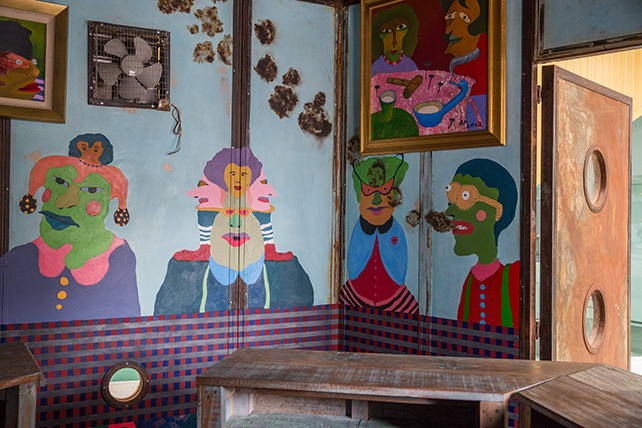 Putar Alam Café is a social experiment to show how the media profoundly affects our perception and understanding of things around us. (Azizan Paiman, Putar Alam Cafe, 2016, Image courtesy of Singapore Art Museum)

“An Atlas of Mirrors references the atlases and mirrors that have been instrumental in humankind’s exploration of the world as we navigate and map our journeys into the unknown. It is hoped that the evocative title, which guided its curatorial direction, would intrigue and inspire audiences to explore and experience the many ways of seeing our world and ourselves. Each mindfully presented artwork offers a unique encounter: we are invited to share the imaginative and critical perspectives of artists from Southeast, South and East Asia, who are grappling with everyday contemporary realities, double-edged legacies, as well as the recurrent ‘big ideas’ and poetic metaphors that reflect the human condition“, says Dr Susie Lingham, Creative Director, Singapore Biennale 2016. 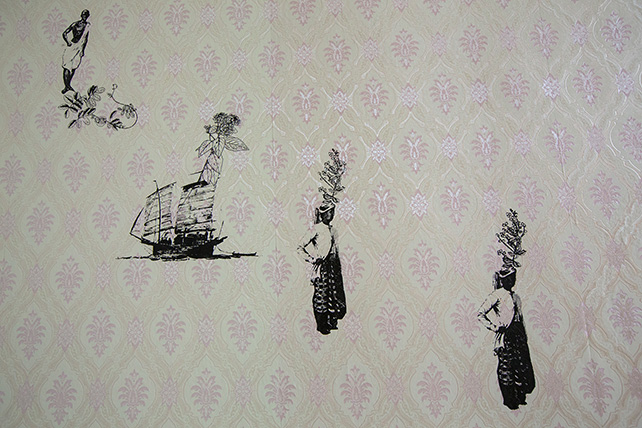 SB2016 will be anchored at the Singapore Art Museum on Bras Basah Road and Queen Street. Venues include Singapore Art Museum and SAM at 8Q, Asian Civilisations Museum, de Suantio Gallery at SMU, National Museum of Singapore, Stamford Green, Peranakan Museum, and the Arts House (opening weekend only). In addition, there are five participating Affiliate Projects, and 26 parallel projects taking place over the same period of time. 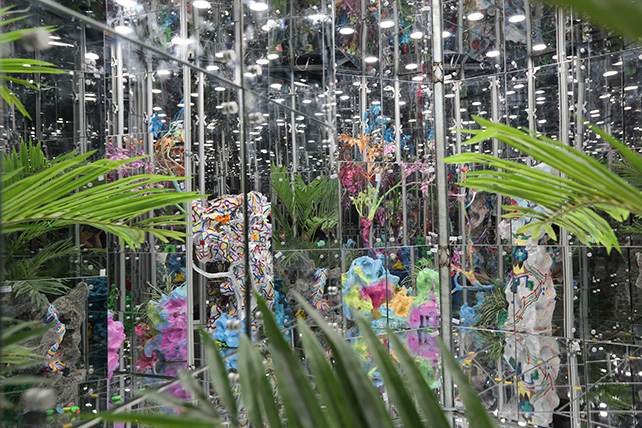 Deng’s Noah’s Garden II is at once a garden of flora and a labyrinth of mirrors that create a feeling of the loss of subjectivity.
(Deng Guoyuan, Noah’s Garden II, 2016, Image courtesy of Singapore Art Museum) 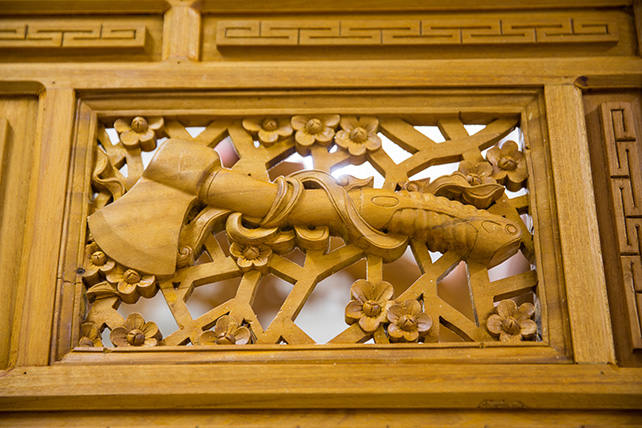 Titled Dislocate, Bui’s work combines the woodworking craftsmanship of his ancestral province of Fujian, China, with the cultural identity of central Vietnam, to investigate and highlight the geo- and sociopolitical tensions between Vietnam and China.
(Bui Cong Khanh, Dislocate, 2013-2015, Image courtesy of Singapore Art Museum) 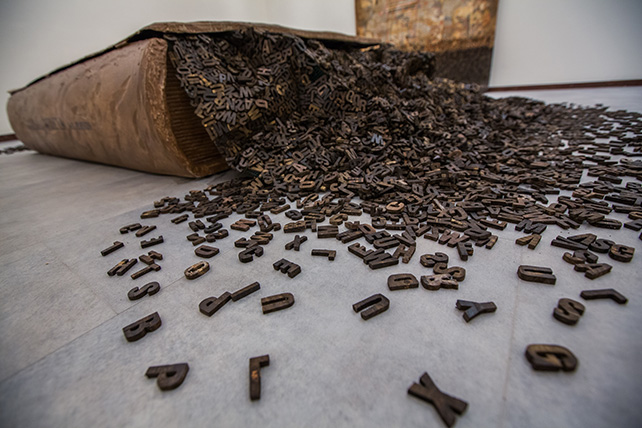 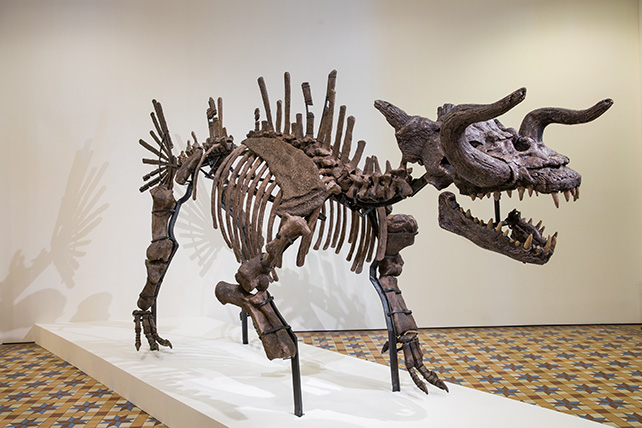 Tan Zi Hao, The Skeleton of Makara (The Myth of a Myth), 2016, Image courtesy of Singapore Art Museum 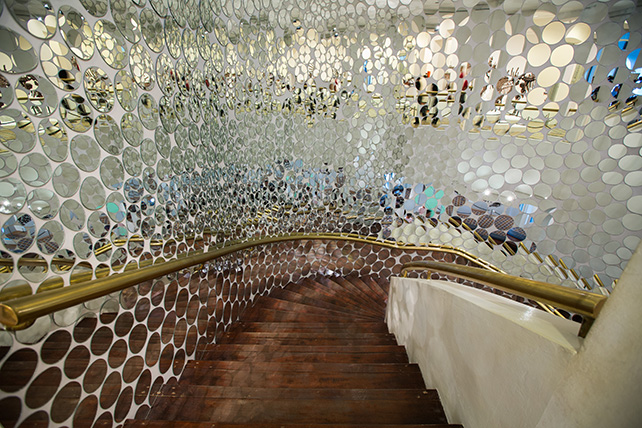 Harumi Yukutake’ Paracosmos propels the viewer into a parallel world, a space of otherness that is recognisable but unfamiliar. (Harumi Yukutake, Paracosmos, 2016, Image courtesy of Singapore Art Museum)