INSTINC10: A decade of art and collaboration 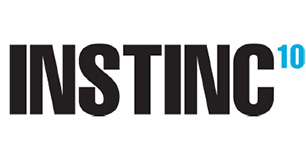 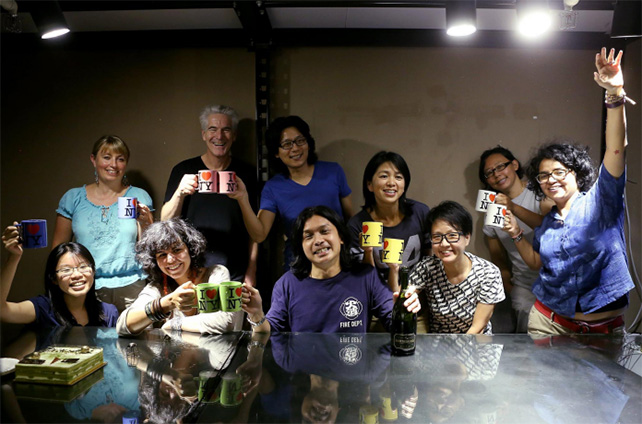 Sustaining an artistic enterprise for 10 years, with its moments of tears and laughter, is no easy task. To celebrate INSTINC’s 10th anniversary and key mission to encourage collaboration, cultural exchange and the sharing of ideas in contemporary art, INSTINC invited 10 artists to create collaborative artworks in 7 days based on a prescribed theme, culminating in an exhibition at Studio 67 Art Space and then at the Affordable Art Fair in Singapore. The 10 artists are a mix of locals and other nationalities, who have at one point or other shared INSTINC’s journey, and will be randomly paired to create artworks together in 7 days.

This 7 day collaborative residency also marks the coming of a full circle; drawing inspiration from INSTINC director Yeo Shih Yun’s experience at the LindArt International Fine Arts Colony in Lendava, Slovenia, which was also one of the keys that led to the launch of INSTINC’s International Artist-in-Residence programme. The result of this collaboration will be twenty 30cm by 30cm works on canvases and twenty 76cm by 76cm works on canvases as well as two Volvo cars, one of which to be painted live during the AAF outside the F1 pit building on 21 NOV 2014, at 6.30pm – 9.30pm.

About the ten artists

Yeo Shih Yun (Singapore) www.shihyunyeo.com
INSTINC founder since Nov 2004
Yeo Shih Yun is a full-time artist and the founder of INSTINC. She is known to reinterpret ink painting, with striking results. She experiments with fusing the traditional form with contemporary mediums, and has garnered much acclaim, including getting commissioned by the Singapore Art Museum, winning the Sovereign Asian Art Prize People’s Choice Award in 2012, and being awarded a Certificate of Distinction and Highly Commended Entry at the UOB Painting of the Year Competition in 2007.

Kathleen Li (San Francisco)
INSTINC exhibiting artist 2004
Kathleen Li received her Masters in Fine Art in Painting from the San Francisco Art Institute in 2002. She has held several group shows throughout the Bay Area including Stanford University, San Francisco Design Center as well as a solo show at the Richmond Art Center. For the past several years, her artistic practice has focused on the intersection of innocence and danger and the weaving of images from her childhood.

Valerie Ng (Singapore) www.valng.com
Member of INSTINC collective 2006
Valerie Ng works mainly in oil on canvas or acrylic on paper, with paintings constructed in an abstract expressionist style. Her artworks result from her explorations with colour, light, depth, form and texture, and are inspired by the natural elements, the hues and shapes in the environment. She has won numerous prizes for her artworks, and her paintings have been exhibited in solo and group shows in spaces ranging from the Substation and Wetterling Teo Gallery, to the Singapore Art Museum as well as the National Art Gallery, Malaysia. Having a keen interest in paper
and craft, her art objects also include artist books, papier-mache and collage pieces.

Paul Campbell (New York) www.paulcampbellstudio.com
INSTINC artist-in-residence October 2010
Paul Campbell lives and works in Brooklyn, New York. His artworks are a collision of randomness and chance with directness and seriality, and simultaneously suggest a parody and an homage to Abstract Expressionist and Asian Calligraphic works of the past. Campbell studied at Massachusetts College of Art, and has exhibited in solo and group exhibitions in America and internationally, from New York City, Brooklyn, Toronto, Santa Fe, to Barcelona and beyond. He has exhibited at the Rose Art Museum, the Danforth Art Museum, and the Brooklyn Museum of Art, and also received a Pollock-Krasner Foundation Grant in 2003.

Natalia Ludmila (Mexico) www.natalialudmila.net
INSTINC artist-in-residence February & March 2012
Natalia Ludmila was born in Mexico City and raised in Canada. She holds a BA in Visual Arts from Escuela Nacional de Artes Plásticas (Mexico) in which she specialised in painting and a Masters in Digital Design by the University of Canberra (Australia). Her work has been exhibited in several solo and group shows in Mexico, Brazil, Spain, Australia and Singapore among other countries. The Second Prize recipient in the XVIII Ibiza Biennale -Ibizagrafic’- (Spain), Ludmila has also had work exhibited and commissioned by the Diego Rivera Anahuacalli Museum (Mexico City), and was awarded an International Residency Grant by FONCA (National Fund for Culture & Arts) Mexico. She currently lives and works in New Delhi, India.

Alba Escayo (Spain) www.albaescayo.com
INSTINC artist-in-residence June 2012
Alba Escayo works principally on painting but also experimental photography. She received her Fine Arts degree from Complutensian University, Madrid and continued her art education at the Academy of Bologna and more recently at the Faculty of Belgrade. Today she lives and works between Belgrade and Madrid, and has participated often in artist residencies and international projects. She has had solo and collective exhibitions in different countries, and her work is represented in public and private collections and museums. To travel and to know new places is fundamental to her motivation and inspiration.

Lisa Chandler (New Zealand) www.lisachandler.co.nz
INSTINC artist-in-residence May/June 2013 Lisa Chandler was born in Southend-on-Sea and immigrated with her parents to New Zealand when she was 9. Lisa expressed herself through art and design at school in Wellington and completed a Diploma in Visual Communication Design at Wellington Polytechnic before going on to have a successful career as a graphic designer. In 2005 she decided to concentrate on painting and now paints full time at her Ruby Bay studio, near Nelson. Lisa graduated with a Masters of Fine Arts (hons) from Whitecliffe College of Arts & Design in 2012. Her work has been recognized through awards, and acceptance as finalist in exhibitions including the Molly Morpeth Canaday Awards. Lisa also presented her MFA paper at the Affective Landscapes Conference at
the University of Derby, England in May 2012.

Justin Lee (Singapore) www.justinleeck.com
INSTINC AAF exhibiting artist 2012/2013
Justin Lee is the most famous pop artist in Singapore. He works with a variety of media from paintings and sculptures to experimental short videos, and has won many art competitions. He has also exhibited at the Singapore Art Museum and Asian Civilizations Museum, and his series of works bring a different understanding of today’s Singapore society and lifestyle with its blend of eastern and western cultures. Justin believes that art plays an important part in helping people to grow, and his current works reflect on how words and images from the mass media influence and control our thoughts and expression.

Leo Liu Xuan Qi (Singapore) www.liuxuanqiart.com
INSTINC AAF exhibiting artist 2013
Leo Liu is a fine artist currently residing in Singapore. After graduation, he worked in the field of Design & Advertising for 11 years while practicing fine arts, before holding his first solo exhibition “Equilibrium” in 2010. This was subsequently followed by “Floating Clouds” in 2011 and “Life is Beautiful” in 2012. He received the Platinum Award at the 31st UOB Singapore Painting of the Year Competition, and another art award nomination in the same year. Leo’s work is an ongoing reflection on how rapid cross cultural influences, in this time of globalization, affect local culture and people’s way of life.

Hsiung Lu-Fang (Singapore) www.variableinfinity.com
INSTINC exhibiting artist 2013
Hsiung Lu-Fang has worked with a variety of different forms, ranging from sculptural and conceptual works, to paintings, design and digital art, and her most recent works comprise abstract paintings that evoke associations with nature, imaginary landscapes and narratives. Drawing inspiration from observations on the inner workings of the mind and on the human condition, as well as reflections on the temporal and the eternal, her works tend to manifest in forms that reveal her love for colour. She has exhibited in a few group shows, written art reviews and articles for various projects / publications, and her works can be found in private collections.