Joan Jonas: They Come to Us without a Word 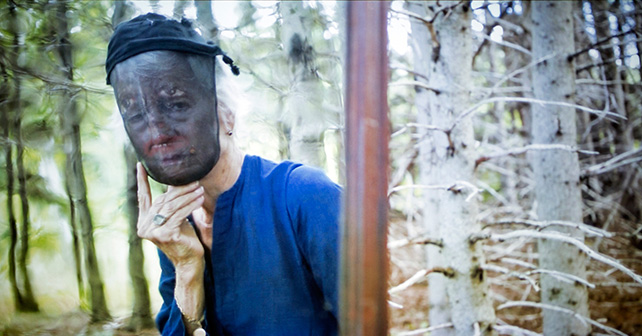 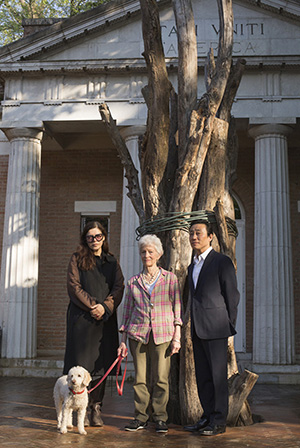 They Come to Us without a Word evolved out of an earlier work, Reanimation, inspired by the writings of Icelandic author Halldór Laxness and his poetic portrayal of the natural world. Each room of Jonas’ installation represents a particular creature (bees, fish), object (mirror), force (wind), or place (the homeroom). Fragments of ghost stories sourced from an oral tradition in Cape Breton, Nova Scotia, form a nonlinear narrative linking one room of Jonas’ installation to the next. In a mirrored room full of reflections, crystal beads strung on a chandelier-like structure lie suspended from the middle of the ceiling, creating shadows that move all over the walls. These spoken fragments function partly as a reference to what remains, “Ghosts are very much alive there, as in all parts of the world,” Jonas explains. “We are haunted, the rooms are haunted.” 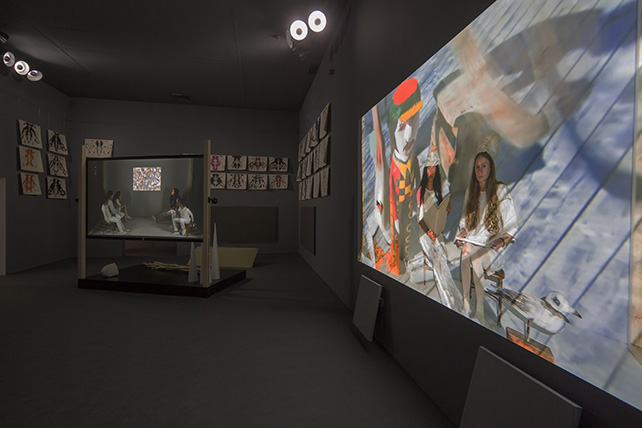 Joan Jonas, They Come to Us without a Word, NTU Centre for Contemporary Art Singapore, 22 January – 3 April 2016.
Courtesy of NTU CCA Singapore.

Each room features two video projections – one presenting the main motif of the room and the other the ghost narrative. Jonas developed these videos during a series of workshops with friends’ children of ages five to sixteen performing against video backdrops of her earlier works, and landscapes shot by the artist in Nova Scotia, Canada and Brooklyn, New York. Alongside Jonas’ highly distinctive drawings, she uses kites she made in Japan, as well as a selection of objects that were used as props in her videos creating the sense of a stage set.

A curated public programme for They Come to Us without a Word consisting of film screenings, workshops and Exhibition (de)Tours will offer points of entry into and expand on the key themes of Jonas’ work, such as honey bees, ghost stories, and animals. Various contributors to the programme include: artist and filmmaker Park Chan-kyong, paranormal investigator Yasser Matter, and lighting designer Jan Kroeze, who conceived the customised lighting for the installation and has collaborated with cultural figures Merce Cunningham, Karl Lagerfeld, and Kanye West.

Joan Jonas, They Come to Us without a Word, 2015. Production Still. Courtesy of the artist.