Joseph Balestier Award for the Freedom of Art 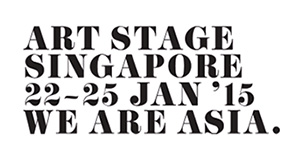 Art Stage Singapore and the Embassy of the United States of America in Singapore announce the inaugural Joseph Balestier Award for the Freedom of Art to be launched in 2015. The Award honours an artist or curator from the Southeast Asian region who is actively committed to the ideals of freedom and liberty, and through his or her work, continually seeks to express these ideals. The award is named after Joseph Balestier, the first American diplomat accredited to Singapore, appointed U.S. Consul to Singapore in 1836, and relative of American patriot Paul Revere. The Award is jointly presented by Art Stage Singapore and U.S. Embassy Singapore and will be awarded annually to a practising artist or curator.

For the inaugural Joseph Balestier Award for the Freedom of Art in 2015, Art Stage Singapore and U.S Embassy Singapore will together name one artist or curator from the region to receive this honour. The selection will be made from among a group of regional artists or curators shortlisted by Art Stage Singapore. The Joseph Balestier Award for the Freedom of Art will consist of a trophy, certificate and a grant of USD $5,000 to help the awardee continue his or her work. The Award will be jointly presented by His Excellency Mr Kirk Wagar, U.S Ambassador to Singapore and Mr Lorenzo Rudolf, Founder and Fair Director, Art Stage Singapore on 20 January 2015.

“Art is our lifeblood, it has not only an aesthetic but also moral and socio-political roles. Art is visionary and inspirational, promotes social participation, integration, equal opportunities and personal development for people of all ages and backgrounds. It is the only language that transcends national boundaries and is understood the world over. Consequently, it needs freedom. You can only create something truthful if you can act truthfully. Whoever stands up for it, deserves our respect and gratitude,”