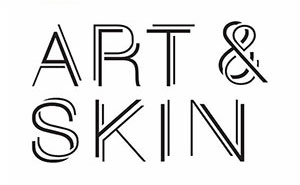 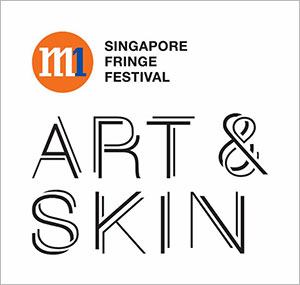 The organizers of M1 Singapore Fringe Festival released a statement regarding the withdrawal of Undressing Room by Ming Poon and Naked Ladies by Thea Fitz-James:

“We have been in consultation with the artists since the IMDA’s assessment that their works have exceeded the R18 rating under the Arts Entertainment Classification Code (AEC). Both the artists and the Festival have taken steps to consider the feedback given and discuss the options available to us. While the artists have expressed their willingness to amend their performances to meet IMDA’s classification requirements, the Festival believes that any adjustments and abridgments to the art works to fit these guidelines will result in significant changes that will affect the original artistic intent.

The Festival has decided against compromising on the artistic integrity of these works to conform to the current AEC guidelines. Both works, in their original forms, are well-crafted pieces exploring issues of vulnerability and identity. We want to reiterate our stance that we do not believe the works to be “lewd”-to use the term bandied around by some complainants-nor was there any artistic intent to titillate. Both pieces are thoughtful and sensitive; they advocate body positive messages as well as a sense of personal candour and community trust.

Sadly, these works have been judged based on the preconception that nudity equates pornography. The unfortunate irony of IMDA’s assessment of the works having “excessive nudity” is that both works actually make deliberate attempts to distinguish nudity from sexualised connotations. Ultimately, the licensing process-along with the online furore surrounding these works-deems that society at present is not ready for these cutting-edge, intelligent works.

Patrons who have purchased tickets for these works will be given full refunds. SISTIC will be automatically reversing the charges on their credit cards that were used for purchase. Ticketing queries from the public can be directed to the Festival directly.

What We Believe – And Continue to Believe In

Since our inception in 2005, the Festival has been unwavering in our belief that thought-provoking art can generate important discussions about issues of the day, across race, language, religion, class and gender. We believe we are relevant-and we are heartened that so many of you believe that too. We have been moved and encouraged by the numerous supporters who have spoken up for the spirit of the Festival, and who recognise that celebrating diversity means respecting one and all-including those who differ from our ideals. Clearly, our public is more progressive and open-minded than some would want us to think.

We are grateful for the amazing support from long-time partners like the National Arts Council, Esplanade – Theatres on the Bay, Centre 42, as well as you, the supporters who have been with us through editions of the Festival, and who have been instrumental to our success.

M1 have been the title sponsor of the Fringe festival for the past 12 years. They have always stood by the Festival and have treated the Fringe Team with great respect every step of the way. We are grateful to them for being open-minded, patient and an exemplary patron of the arts.

We believe in having constant dialogues and mediation. As a responsible festival-and one run by concerned members of the public as well-we want to engage in discussions with detractors. While we do not agree with their strategy of writing anonymous letters, we would like to understand their concerns better, and come to a better understanding-if not acceptance-of each other.

As such, we would like to invite anyone who has queries or comments pertaining to the Festival’s works to approach us. We want to get to know you better in person, in a safe, private space, where we can mutually share our concerns. We also believe that the discussions generated from all this have been fruitful, clearly demonstrating a deep interest in society to debate and grapple with difficult issues such as censorship.

Getting Under Your Skin and Ours Too

Through history, the arts have demonstrated its power to open minds and hearts, to transform and heal, and to inspire-if not effect-real, valuable change. We stand resolutely for this, and despite the hurdles that can seem daunting and sometimes enervating, we are not backing down from doing what the Fringe Festival does best: challenge all that is taken for granted as intransigent, unwavering, and unforgiving.

The Festival would also like to categorically voice our support for Sean Tobin, the Artistic Director of the M1 Singapore Fringe Festival. He has curated a thought-provoking and diverse programme, and managed the recent furore with a generosity of spirit that only he is capable of. He is a champion of Singapore arts, community theatre and arts education.

The Festival will persist in asking probing questions; it will continue to advocate for diverse representation and constructive dialogue. We believe that you, the audience, want these conversations and engagements, and we hope to share these with you in the coming Festival. There are many more challenging, provocative works on offer-some of which, like Fresh Fringe’s triple-bill of plays, or Labels by UK’s Worklight Theatre, are already sold out. About 60% of the overall house for the Festival is already filled, and productions such as Under My Skin by Alessandra Fel and Pretty Butch by Tan Liting are selling out fast. We are only slightly more than a month away from opening, and we cannot wait for you to get beneath the skin of the Fringe.”