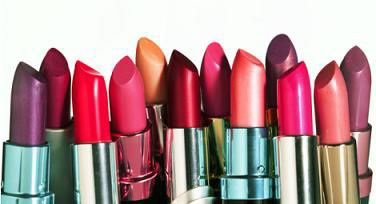 Raffles City Singapore has always been a notable art-centric mall that hosts regular art events and its latest effort – the Lipstick Art Campaign – aims to involve the public in transforming daily objects into art. The iconic mall is on a mission to collect unwanted lipsticks as a medium for artists from Very Special Arts (VSA) Singapore to showcase their talent. Cultural Medallion recipient Chng Seok Tin, a visually-impaired multiple awardwinning printmaker, sculptor and multi-media artist, has been engaged to helm the entire creative process.

The finished artwork will be exhibited at Raffles City Singapore for the enjoyment of the public from this November onwards.

And to further spread the love of art, Raffles City Singapore is targeting to raise up to S$20,000 in donations from CapitaLand’s philanthropic arm, CapitaLand Hope Foundation (CHF), for VSA Singapore’s use in supporting art programmes that cater to the development of children with special needs. Since its founding as a public limited company registered under the Charities Act in 1995, VSA Singapore has initiated numerous programmes aimed at empowering people with disabilities to express their artistic visions. VSA Singapore also works with communities, special education schools and organisations to conduct workshops, classes and other activities that promote art appreciation.

Raffles City Singapore kicked off the collection drive for unwanted lipsticks during this year’s International Women’s Week in March with a collection point at the mall’s Concierge. To make it more convenient for members of the public to donate their lipsticks, additional collection points have been set up in six CapitaLand office buildings since September.