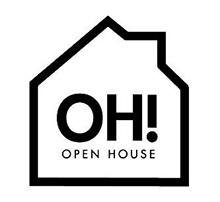 Two kinetic sandscapes — recalling the origins of Potong Pasir as a sand quarry — occupy the centre of a historical bridge that overlooks the Kallang River running through the neighbourhood. In a black-and-white colonial house, a virtual forest made up of everyday objects that references the lost Alkaff Gardens awaits its visitors.

Inspired by spaces of Potong Pasir that no longer exists, these artworks for the upcoming sixth edition of OH! Open House art walk will tell stories involving the neighbourhood’s incarnations — the sand quarry, the pond, the kampung, Bidadari cemetery, and Alkaff Gardens.

“The landscape of Potong Pasir has undergone drastic changes in the last century. There is no physical evidence left of many of the spaces that have shaped its narrative. OH! Potong Pasir explores these erased histories within the context of perpetual construction and upgrading in Potong Pasir, where there is a palpable sense of transition.”

In addition to the ticketed art walk, a new platform titled OH!pen Call will present seven art and community projects by individuals. Scattered across the public areas of Potong Pasir, this free-and-easy unguided programme will see Potong Pasir residents and guests participating in activities such as reinvented hopscotches that encourage greater interaction amongst players, and a poetry staircase where one forms his/her own poem by stepping on words on each step.

Ang Song Nian (b. 1983, Singapore): A continuation of the artist’s photo documentation of human intervention in our natural and built landscape, this work reflects Potong Pasir residents’ efforts to establish public areas of the estate as an extension of their homes.

Evil Empire x OH! Open House: Bidadari Cemetery was completely exhumed by 2006. Now, most of it has been sectioned off for construction of the new Bidadari HDB estate, leaving only a part of its expansive fields. An interactive performance remembers the ghosts of Bidadari, and the ghosts that live within us.

Guo Yixiu (b. 1989, Singapore): A treehouse is transformed into a botanical black box, and an entryway becomes a secret garden. The artist has meticulously constructed a virtual forest composed of everyday objects in reference to the lost Alkaff Gardens, and the impending disappearance of the natural greenery of the former Bidadari Cemetery.

Hafiz Osman (b. 1979, Singapore): Walking around Potong Pasir today, one encounters construction site after construction site. In exploring the intrusion of this aesthetic into the lives of residents, and also the sense of trust and goodwill that still runs through Potong Pasir, the artist has negotiated with residents to paint the pattern of blue tarpaulin on the walls of their flats.

Michelle Lim (b. 1983, Malaysia): Throughout three weekends, the artist will build a mud house using the excavated soil from the garden of a black-and-white house, a visceral ode to the cycle of destruction and construction in Singapore.

Ong Kian Peng (b. 1981, Singapore): Along a bridge overlooking the Kallang River in St Andrew’s Village sit two kinetic sandscapes, one driven by an array of fans and another by a looping water feature which simulates a river flow. The result is a constant flux of forms and shapes that forms and deforms over time, recalling Potong Pasir’s beginnings as a sand quarry.

Randy Chan (b. 1970, Singapore): A series of public installations recall the departed spaces of Potong Pasir, giving physical form to the places that once defined the landscape of the neighbourhood.

Robert Zhao Renhui (b. 1983, Singapore): Uncle Lee’s 3-room flat has remained practically unchanged since he first moved to the then-brand new HDB estate in 1984. The artist weaves together the truths and fantasies of Uncle Lee’s colourful life with the history of Potong Pasir.

Tan Peiling (b. 1987, Singapore): Potong Pasir flats that lie below the iconic sloping roofs tend to have a strange, make-do style and layout. The artist has created a sound experience that guides you through the flat’s nooks and crannies; it is an experience in between mysterious and foreboding.

Tan Wee Lit (b. 1978, Singapore): Placed in a bathroom that has remained unchanged for 30 years, this perpetually melting ice installation – physically different from one moment to the next – evokes the disappearing histories and legacies of Potong Pasir.

1. (HOUSE)plants by Megan Miao & Joscelin Chew
Public installation that tells the stories of the Potong Pasir through its residents’ plants.

2. Meet-the-People Session by Jennifer Ng & Adrian Tan
An interactive community artwork using concrete as a medium to explore the urban memory of the neighbourhood and its residents.

4. Two Storey Poetry by Lorraine Lee & Matthew Crawshaw
Vinyl-printed words appear on steps of a Potong Pasir staircase for users and visitors to construct their own poem when climbing.

6. Mapping Potong Pasir by Artizens
Residents can locate and mark their favourite places in Potong Paisr: existing, departed and even imaginary spaces.