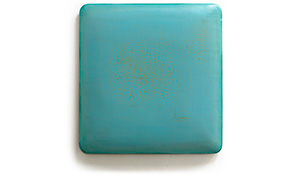 Pearl Lam Galleries announced its new gallery space on Dempsey Hill, previously known as the Tanglin Barracks, one of the city-state’s most vibrant lifestyle and dining clusters. The gallery will open on 24 November, 2016 with a solo exhibition by contemporary Chinese artist Su Xiaobai.

The new gallery space will continue to feature the works of Pearl Lam Galleries’ international roster of contemporary artists and build on its role of providing a platform for rising and established talents internationally. In its new location, Pearl Lam Galleries will present critically acclaimed contemporary art exhibitions in the Dempsey cluster in particular and in Singapore in general. A programme of exhibitions or events will be maintained in Gillman Barracks.

“Our new gallery space demonstrates our commitment to Singapore and Southeast Asia at large. With Dempsey Hill, we see an opportunity to create more areas for dialogue and education, especially among those who are not yet familiar with contemporary art.”
Pearl Lam, Founder of Pearl Lam Galleries

Tanglin Barracks was first used by British troops in 1861 as the first garrison outside of Fort Canning and areas around the city centre. Since then, it had been occupied by the Japanese, returned to the British, and finally ceded to the Ministry of Defence in 1972. Over the course of Singapore’s development into the city-state we know today, the Barracks has played host to several art events including the inaugural Singapore Biennale in 2006. The opening of Pearl Lam Galleries marks a new chapter that revives this part of the history of Dempsey Hill. The Galleries’ new space at Block 15 will be situated right next to Como Dempsey, a new luxury lifestyle quarter run by Club 21. Tenants include Candlenut, Dover Street Market, Comme des Garçons’ Rei Kawakubo, and Michelin-starred chef Jean-Georges Vongerichten.