Portrait of a blind artist obscured by flowers 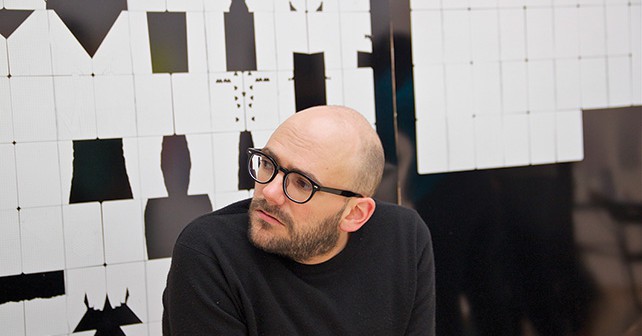 “The experience of working here at STPI has been amazing. The word ‘master printer’ – that phrase – couldn’t be more accurate. It’s like Jedi printing – Jedi printers.”
~ Ryan Gander 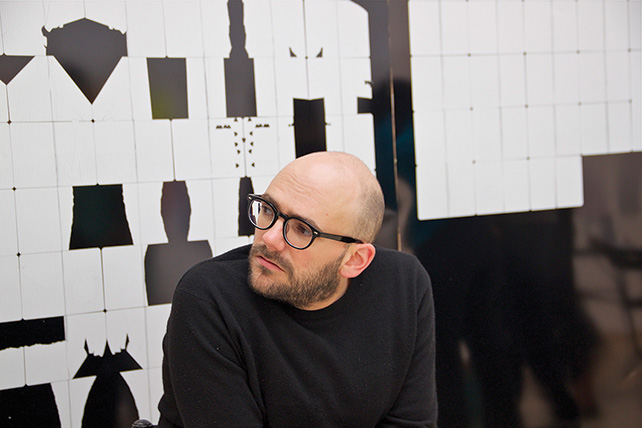 Composed around visual charades and unusually assembled objects, the works of London-based conceptual artist Ryan Gander are catalysts for thinking, constantly challenging established notions and viewer perceptions. While he intentionally avoids stylistic signatures and remains unbounded by categories in his art, his works are subtly coherent in their storytelling and consideration of language.

Constructed by his own associative thought processes that connect the commonly overlooked with the esoteric, Gander’s work often involves the questioning of language and knowledge, reinventing the modes of appearance and creation of an artwork. Often compared to a storyteller, Gander’s multi-disciplinary works – ranging from sculpture to film, writing, graphic design, installation and performance – are defined by minimal objects that convey a partial narrative of fictional and non-fictional elements.

Reminiscent of a puzzle, a network with multiple connections, audiences travelling through Gander’s enigmatic environments are constantly engaged and challenged, leaving very little room for the ‘lazy spectator’. When it comes to his practice, he revels in the prospect of not knowing what’s going to happen, an approach that was continuously tested throughout his residency at STPI. 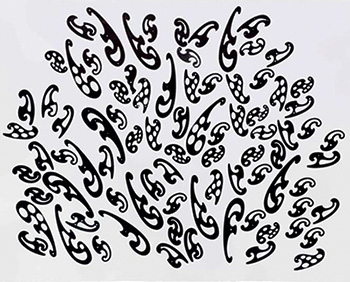 Gander arrived at STPI with various ‘starting points’ for his residency, amongst them a number of sketches and drawings by his five-year-old daughter Olive (O.M.G) and a series of pictures of police cars, taken back in the United Kingdom. He also brought with him a small camera, an item he takes everywhere, collecting resources and ideas from the everyday. His inquisitive spirit led him to find an assortment of French curve rulers during one of his many expeditions around STPI, an item he ended up using as relief printing plates for a series of works called Seriously Retinal/Serious Poke. The workshop team found this ‘no bounds’ approach very refreshing and they were challenged by his technical diversity and ability to give new life and purpose to unusual and forgotten materials.

Another integral component of Gander’s residency was that of referencing art history, namely the works of renowned artists and printmakers, from Matisse to Hokusai to Gerhard Richter. Inspired by his surroundings, he also tapped into the realm of traditional Chinese and Japanese hanging scrolls of paintings and calligraphy. Whether inspired by Matisse’s cut-outs, Hokusai’s Great Wave or Richter’s photo paintings – the latter being the inspiration behind a series of prints and the title for this exhibition – Gander does his own take on these esteemed pieces, “imagineering” (imagining and engineering) new narratives and ways of interpreting the history of printmaking.

Ryan Gander is the second artist from the UK to work at STPI, following the residency by UK sculptor and Turner Prize Winner Richard Deacon, who also happened to be Gander’s art professor at university.