Qiu Deshu: The Art of Fissuring 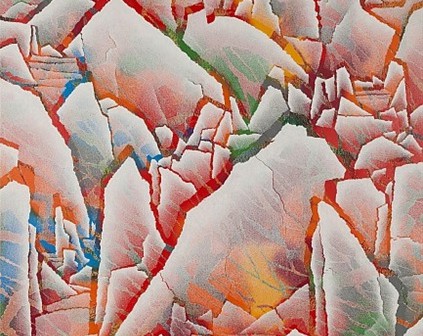 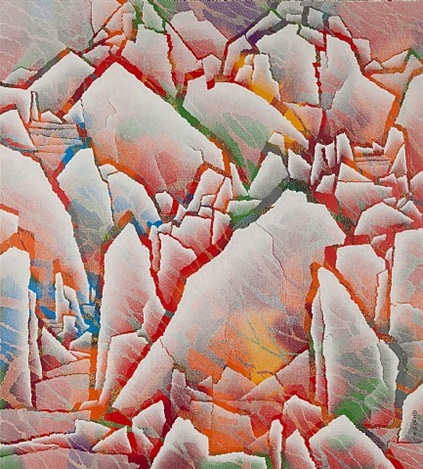 The Art of Fissuring is a solo exhibition by Chinese artist Qiu Deshu (b. 1948), a pioneer of experimental ink art in the post-Mao era. In a retrospective exhibition, which will showcase more than twenty of his signature ‘fissuring’ works from 1980 – 2015. The exhibition will explore the gradual transformation of his signature technique through the decades of mastery.

Qiu Deshu: The Art of Fissuring focuses on the artist’s signature technique, which he began experimenting with in the 1980s, that involves applying vivid ink and colour onto Xuan (rice) paper, tearing it up, reconfiguring the pieces, and mounting them on canvas to form images, creating lines or ‘fissures’. The process of creation, destruction and recreation conveys aspects of the artist’s experiences of an early education in traditional Chinese painting and of life through the Cultural Revolution. Qiu makes inventive use of Xuan paper’s hue, delicacy, pliability and water permeability by covering the coloured layer with a plain layer of rice paper that he rubs and carves to allow the colour to show beneath. This unique approach is similar to the technique used in scroll mounting, but while his work is indebted to Chinese landscape traditions, Qiu pushes their boundaries to create a new form of contemporary expression.

Qiu Deshu has greatly contributed to the development of Chinese art over the past 35 years. He co-founded the Grass Painting Society, one of the early movements of independent art after the death of Mao Ze Dong; he gained early international recognition for his remarkable work and has been collected by major museums including the Asian Art Museum in San Francisco; he was part of the seminal 80s generation who made ground breaking experimental ink art; and he developed his own artistic territory, ‘fissuring’, that transcends medium and subject to both honour his cultural heritage and simultaneously reject it.

This show is being exhibited in conjunction with a major retrospective exhibition Night and Day: The Art of Qiu Deshu, 1979 and After at Pearl Lam Galleries Hong Kong.