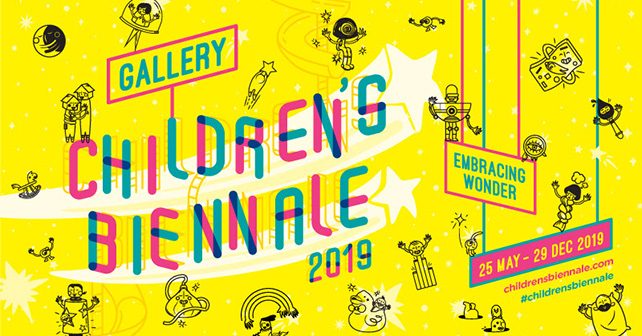 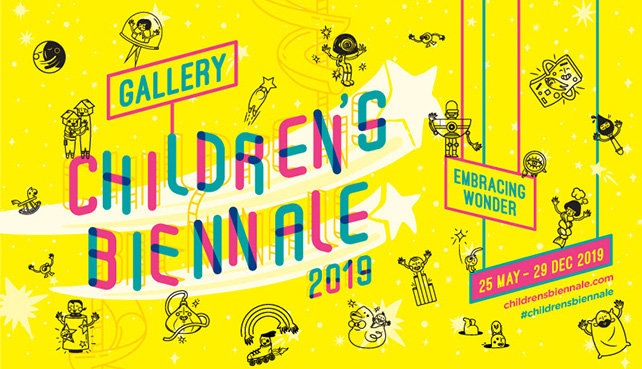 National Gallery Singapore presents the second edition of Gallery Children’s Biennale 2019: Embracing Wonder from 25 May to 29 December 2019. Through 11 interactive and multi-dimensional artworks by 13 Singapore and Southeast Asian artists, this year’s Gallery Children’s Biennale aims to spark curiosity in our young visitors about the world around them, encourage openness to discover diversity, and imagine new possibilities.

Expanding on the theme of ‘Embracing Wonder’, this edition of Gallery Children’s Biennale goes beyond imaginative play to unfold new layers of discovery through art that articulates the power of acceptance, belonging and openness. Inspired by a child’s unfettered imagination and ability to embrace all things new, the works will activate their senses and reignite their sense of curiosity, excitement and wonder.

From left: Stardust: Soaring Through the Sky’s Embrace by Mark Justiniani, The Oort Cloud and the Blue Mountain by Hazel Lim-Schlegel and Andreas Schlegel, Every World by Donna Ong

Several artworks anchor on exploring nature to encourage imaginative play. Visitors can embark on a wonderous journey into the unknown with Stardust: Soaring Through the Sky’s Embrace. As visitors cross the 16-metre bridge, they can peer down into what looks like an endless rock formation that glimmers and glows, as they encounter a galaxy of cosmic elements. This will be the third iteration of this bridge installation by Mark Justiniani since its launch in 2017 – and he has since been invited to participate in the Venice Biennale this year.

Singaporean artists, Hazel Lim-Schlegel and Andreas Schlegel continue the sensory adventure in The Oort Cloud and the Blue Mountain, engaging visitors through a 3D motion-activated wall-relief artwork with LED lights, sounds, handmade objects and sensors that are inspired by landscapes and objects from the cosmos.

In Every World, Donna Ong leads visitors to five magical landscapes – comprising English and Tropical gardens, as well as worlds of the cactus, mushroom, underwater, and the underground. Individually put together using hundreds of paper cut-outs in five frosted domes, visitors can enter each intricate world to experience the magic. The journey continues in BIG HUG by husband-wife duo, Milenko & Delia Prvački, where visitors are introduced to big ideas that connect us to a diverse world of everyday scenes. Through a combined use of painting and ceramics, children can learn about the concepts of family, friendship and teamwork. Children can also imagine themselves in different professions and take part in activities that inspire compassion and empathy.

The Gallery Children’s Biennale also introduces visitors to other cultures. Indonesian artist Eko Nugroho’s Kenangan Kunang-Kunang (Memories of Fireflies) will centre on six Damar Kurung, which are traditional paper lanterns that depict scenes from everyday Javanese life, to illustrate important values such as peace, love and care. In The Other Wall, Burmese artists Nge Lay and Aung Ko provide a rare glimpse into a typical Burmese childhood. Young visitors are invited to enter two traditional Burmese homes plated entirely in gold, where they can be further introduced to a selection of the country’s folktales presented as hand-carved woodcuts and narrated voiceovers (in English and Burmese).

From left: Chance Operations by Song-Ming Ang, The Story of Karung Guni Boy by Lorraine Tan and Eric Wong, Dayung Sampan – be your own captain on deck by Zainudin Samsuri

Finally, see art in a different light as some of them take on a new lease of life. A new work titled Chance Operations by Song-Ming Ang, who is Singapore’s representative at the 2019 Venice Biennale, will inspire visitors to create unexpected sounds with a colourful formation of wind chimes and balls. Meanwhile, Singapore writer, Lorraine Tan and illustrator, Eric Wong, will bring their book, Karung Guni Boy to life with The Story of Karung Guni Boy, where young visitors put on their ‘tinkering caps’ to create new inventions out of recycled materials.

Staying true to its mantra of ‘Children first, parents second!’, the Keppel Centre for Art Education will also see three reimagined spaces to introduce children to art at an early age and spark new ways of learning. One in particular is Dayung Sampan – be your own captain on deck by Singaporean sculptor, Zainudin Samsuri at the Project Gallery. Inspired by Malay proverbs, visitors can come on board and interact with sculptures such as large propellers, a giant foot resembling a sampan, and a birdcage with a view of limitless imagination. This will be complemented by the revamped Children’s Museum which hosts a Sculpture Studio and an interactive digital game where visitors can create and exhibit a ‘virtual’ sculpture.

In conjunction with the Gallery Children’s Biennale, there will be a series of films presented in collaboration with Singapore International Children’s Film Festival, alongside other exciting tours and artist-led workshops.

Held in alternate years to each other, the Gallery Children’s Biennale 2019: Embracing Wonder complements the Children’s Festival, which was first launched by National Gallery Singapore in 20181 and anchors on the life and works of a Singaporean artist in the National Collection.