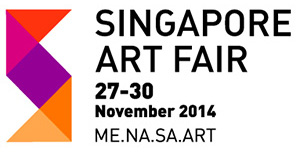 The modern and contemporary art fair will feature a stellar line-up of some 60 galleries from over 20 countries. Set to become an iconic art event in Asia, the Singapore Art Fair will take visitors on an “art journey” across the Silk Road.

“The move to take visitors on an art journey across the Silk Road was a deliberate one. The Silk Road is not just about trade but also about cultural and artistic exchanges that took place in the past. Highlighting art works by artists from countries located along the Silk Road allows us to bring to the fore the influence the culture exchanges have had on art in the region even until today,”

The ME.NA.SA region shares a common history that starts with the Silk Road. Archaeological excavations in Eastern Turkestan in the early 20th century unearthed Christian worship objects – dating from the 8th century – brought in by Syrian merchants, revealing that the first exchanges between traders had been significantly forged through artworks. History has brought the different regions closer together and they now share a common cultural and artistic heritage.

“A key highlight of the Singapore Art Fair 2014 is the showcase of Middle Eastern and North African art. Due to political and social unrest, the Singapore Art Fair is the first opportunity for many of these artists to showcase their works on the international stage. The artists were selected to present to visitors broad and diverse views of the social and political situation across the region. This would provide visitors with insights into each artist’s vision of developments in his native country, encouraging visitors to be engaged in dialogue across borders when they view the works. Artists that will be presenting their works are Ahmed Mater, Ali Cherri, Atef Maatallah and Hicham Benohoud,” 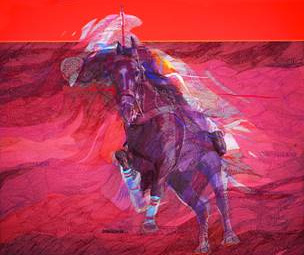 Visitors to the inaugural Singapore Art Fair will get a rare glimpse of Dato’ Ibrahim Hussein’s works. A total of seven pieces will be exhibited at the Fair. The works will be presented by Dato’ Hussein’s daughter, Ms Alia Ibrahim Hussein. Dato’ Hussein’s main medium was one he created himself. Called “printage”, this is a combination of printing and collage. He began his journey as an artist in Singapore at the Nanyang Academy of Fine Arts in 1956 before moving to London in 1959 where he studied at the Byam Shaw School of Art and the Royal Academy Schools where he was awarded the noted Griffin Prize. On a Rockefeller Fellowship, Ibrahim Hussein spent a critical period in the United States. He was later awarded an Award of Merit Scholarship which allowed him to travel to France and Italy. His subsequent return to Malaysia resulted in his first exhibition in his native country, at the University of Malaya – an exhibition that has gathered great historical significance in Malaysian art history featuring, among other notable paintings, the famed May 13 1969. Following this exhibition a resident artist position was created at the University of Malaya for Ibrahim Hussein.

Visitors can also look forward to the Lebanese pavilion curated by Janine Maamari, founder and curator of Liban Art in Lebanon and a veteran art collector. Themed, ‘Contemporary Lebanon: Art Beyond Violence’, the pavilion aims to showcase the works of artists who are living in Lebanon and abroad. Each and every piece presented is an expression of the artists’ deep concern for the present and a strong sentiment of attachment to their country and the future.