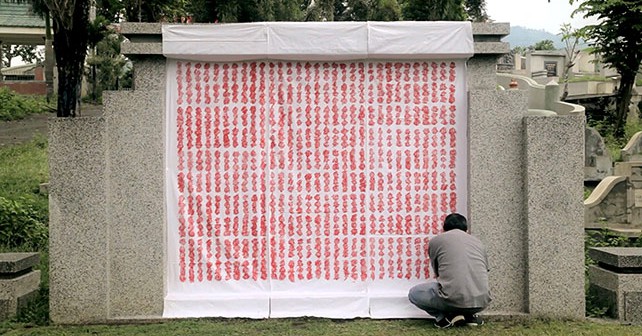 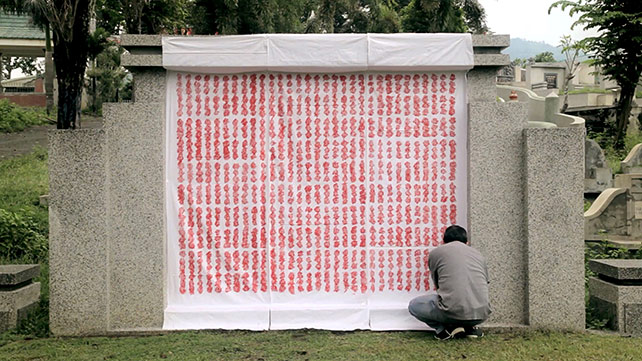 Indonesian contemporary artist FX Harsono was named the winner of the inaugural Joseph Balestier Award for the Freedom of Art at the award ceremony, which took place at the U.S. Ambassador to Singapore’s residence. FX Harsono received a grant of US$5,000, a trophy and a winner’s certificate. The Award was jointly presented by Mr. Kirk Wagar, U.S. Ambassador to Singapore and Mr. Lorenzo Rudolf, Founder and Fair Director, Art Stage Singapore.

“All seven nominees for this year’s inaugural Joseph Balestier Award for the Freedom of Art exemplify a commitment to art and to freedom of expression in art across ASEAN. Over his long and distinguished career, FX Harsono has been a leader and a pioneer in using his art to push for free speech and democracy – universal values, cherished by all Americans, which will help shape the ASEAN culture and politics of today and the future. I salute Mr. Harsono’s courage and conviction and hope that other artists across ASEAN continue to follow his example, no matter where they are or what medium they work in.”

FX Harsono has played a crucial role in Indonesia’s contemporary art scene for forty years. His critical installation and performance work spans pro-democracy dissent to explorations of the experiences of ethnic minorities. His works are often informed by the repression and feelings of ‘otherness’ he has encountered. Mr Harsono’s selection as the inaugural Joseph Balestier Award for the Freedom of Art winner from the seven nominees is based on his unstinting activism in the contemporary art scene, through which he has continually examined the social realities of his home country.

The Joseph Balestier Award for the Freedom of Art honours an artist or curator from the Southeast Asian region who is actively committed to the ideals of freedom of art, expression, and liberty, and through their work, continually seek to express these ideals. The award is named after Joseph Balestier, the first American diplomat accredited to Singapore, appointed U.S. Consul to Singapore in 1836, and relative of American patriot Paul Revere.

The Award is jointly presented by Art Stage Singapore and U.S. Embassy Singapore and will be awarded annually to a practising artist or curator.