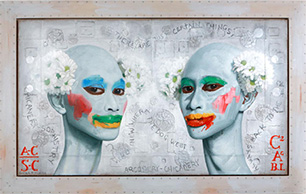 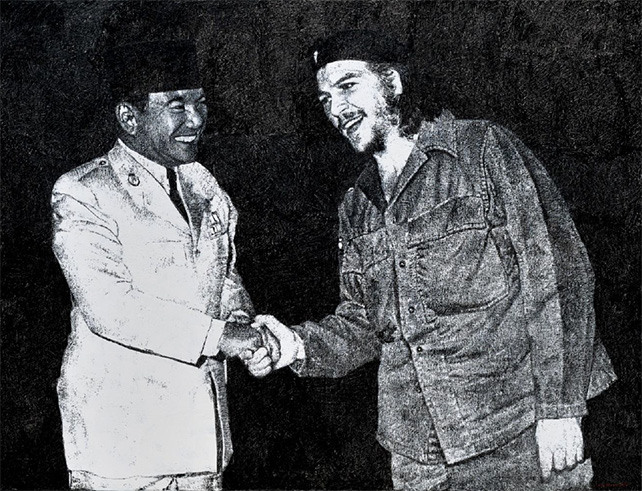 Gajah Gallery presents TRAJECTORIES, a landmark exhibition in Cuba featuring a selection of Southeast Asian based artists including; Ashley Bickerton, Ahmad Zakii Anwar, Mangu Putra, Yunizar, Yusra Martunus, Putu Sutawijaya, Alfi Jumaldi, Handiwirman Saputra & Ugo Untoro. This exhibition in Cuba is a second installment to Gajah Gallery’s ongoing commitment to expanding the audience base of Southeast Asian Art which had its inception at Lokanat Galleries, Yangon, Myanmar in late 2013, with the fundamental purpose of contributing to the intellectual discourse of contemporary art. TRAJECTORIES opens 12 Nov and runs till 21 Nov 2014.

“TRAJECTORIES is a unique exhibition outside the norm of gallery initiatives such as art fairs and museum shows. It is more focused on the artist and their intersection with a different environment. And the collectors are naturally intrigued.” 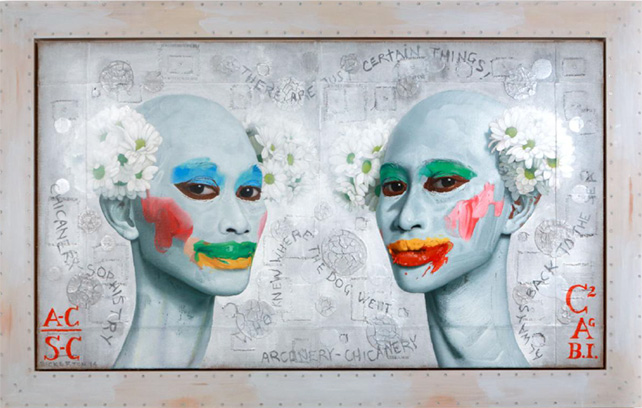 Amongst the selection of artists, Bali-based-American artist Ashley Bickerton is the most identifiable with the Latin American audience. Bickerton who still retains a presence in New York through Lehmann Maupin, will showcase new works from his highly sought after Junk Anthropologies series which meshes various sub-cultures, offering some acidulous observations on our contemporary existence. There is also an affinity to Bickerton with the Latin American audiences mainly due to the tropical undertones of his paintings that create a sense of equatorial kinship.

Acclaimed Malaysian artist, Ahmad Zakii Anwar contributes to the dialogue with his depiction of animal portraits from his Tales from the Primordial Garden series, with the intention to stir within us memories of our primordial origins which modern genetics has determined originated from East Africa. This series brings forth questions of beginning and purpose which the exhibition intends to explore.

The core of the exhibition will be anchored around the collective of Indonesian artists featuring; Mangu Putra, Yunizar, Yusra Martunus, Putu Sutawijaya, Jumaldi Alfo and Ugo Untoro. Cuban art is often time identified with the symbolic story of a country affected by its political and social environment that is an inherent part of its history. This is also akin to Indonesian art which still commonly serves as a personal voice that offers a critique on the current power structures and struggles which have been prevalent since the waning years of the Suharto period in the 1990s. 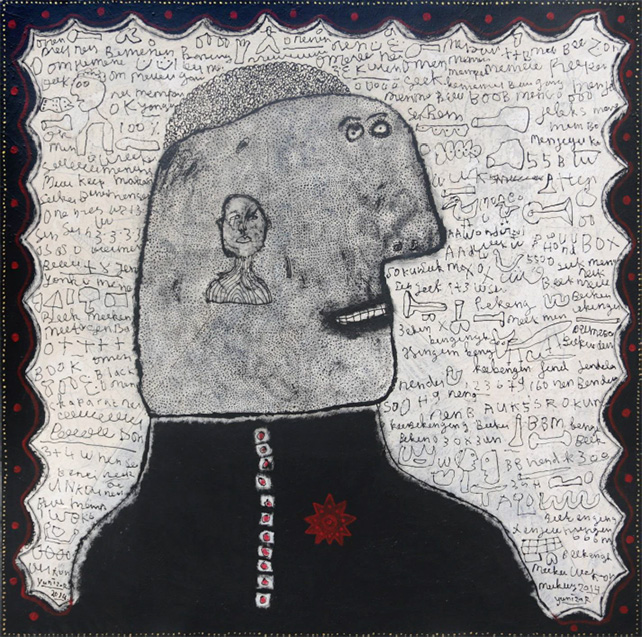