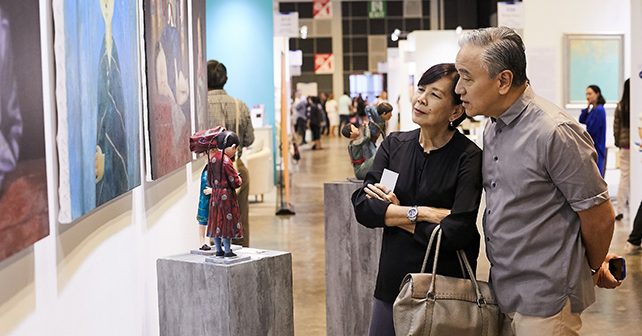 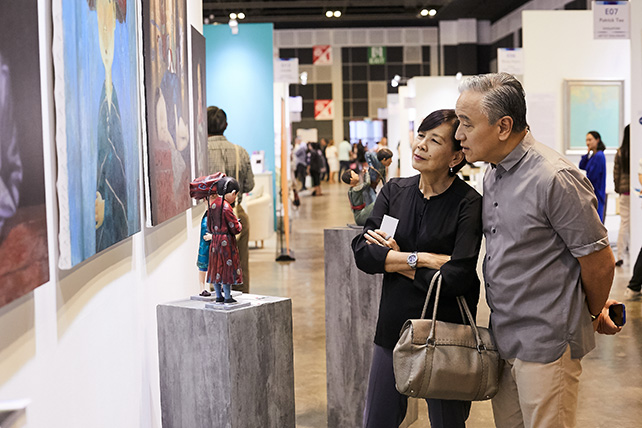 Visitors from across Asia flocked to the 2nd edition of Singapore Contemporary, which took place from January 19 to 22 at the Suntec Singapore Convention & Exhibition Centre. From across Asia, 22,650 visitors attended the show, a 40% increase over its 2016 inaugural edition. The show offered visitors a wide-ranging collection of high-quality, collectable works that were presented in uniquely curated sectors by 90 galleries from around the world: Photo17 Singapore, Latin American Voices, Artist Dialogues, China Encounters and Gallery Projects.

Visitors to Singapore Contemporary, both seasoned and younger art collectors and those who flew in from overseas to attend the show found that the 2nd edition had evolved, presenting artworks from Asia, Europe, the USA and various countries in South America. Visitors remarked that the new sectors offered this year, Photo17 and Latin American Voices, were particularly outstanding in their scope, range and quality. With artworks from US$5,000 to US$50,000 and above, collectors and art buyers had their pick of high-quality, collectable pieces. “The Shot” by Argentinian artist Claudio Gallina, presented by LGM Arte International, was sold for SG$17,000 the day before the Show opened. At the Vernissage, several sales were made including two large works by Korean artist Lee Youngha, presented by Khalifa Gallery, totalling SG$48,000. A complete photographic edition series by Malaysian photographer Eiffel Chong, presented by Richard Koh Fine Art, was purchased by an enthusiastic photography collector, and the series subsequently sold out. Other notable sales on the following days included Singaporean artist Patrick Teo selling works totalling over SG$70,000; Chinese artist Gao Xiao Yun selling more than eight pieces totalling SG$80,000; and British artist Jeff Murray selling several works, including one for SG$33,000. 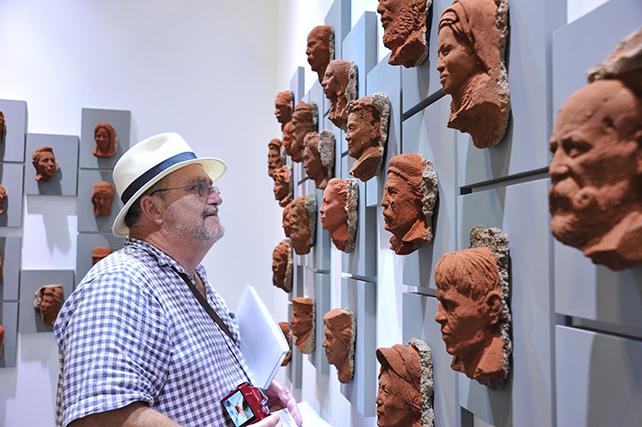 Show Director Douwe Cramer remarked that despite some uncertainty about the economy in general, the Show has demonstrated that people will always have an appetite for art. “It was a great show! Not only did we have 90 galleries, up from 65 at our inaugural edition, but visitor numbers were also dramatically higher with a 40% increase from last year’s event. We’ve seen an impressive volume of sales activity, collectors both seasoned and new, have walked away with two or three pieces at a time. First-time buyers were excited to own their first piece of art, while collectors were happy to find unique pieces to expand and diversify their collections. I believe it is a testament to the power of art, andalso to our model that offers collectors and art enthusiasts high-quality, accessible works in a range of prices that suit all budgets.” 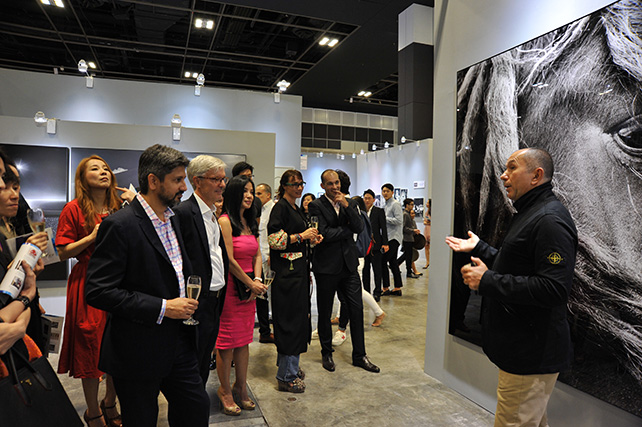 “Singapore is a market I know well, having exhibited at other art fairs in the city state in the past, but this is my first time at Singapore Contemporary. The fair has a very exciting dynamic and a good ambiance, and I feel it offers a great platform for new and emerging artists. The art is presented in relaxed and easily accessible environment, and there is an ease of interaction between the gallerist and the visitor. The Latin American pavilion was a good way to introduce Singaporeans to the beauty and diversity of art from the Americas. I would love to join next year with a more thematically curated pavilion.” ~ Elvira Moreno – LGM Arte International, Colombia

“Since I am a first-time exhibitor, I was a bit unsure and I didn’t know if people would respond to my work. But on the first night I sold six pieces, then on the subsequent nights I sold four more! I guess you can say that I was pleasantly surprised that collectors reacted to my work. I feel exhilarated! Visitors to the show came from many countries, Vietnam, Malaysia, Indonesia and many local Singaporeans too. This show is important to Singapore because it gives local artists like me the opportunity to showcase their works to an international audience.” ~ Patrick Teo – Artist Exhibitor, Singapore