The Call of Rasa 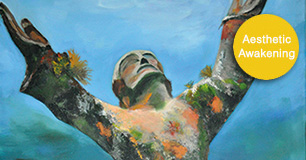 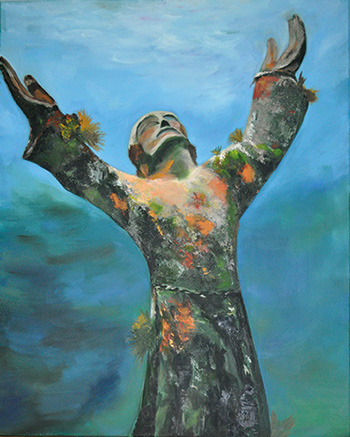 An ancient theory in Indian aesthetics provides a very palatable and down-to earth reasoning and discussion with regards to the inevitable experience of subjectivity in art appreciation. It is called the rasa theory. And it was enunciated by Bharathamuni (referred to as an Indian theatrologist-cum-musicologist) in his Natya Shastra (c. 2000 BC), which is essentially an authoritative treatise on dance and theatre.

The theory has been applied to the visual arts without difficulty, but with an imperative need for a hyper-creative imagination on the viewer’s part. Let me explain. Rasa is the ‘taste’ one receives from a work of art. To experience rasa is to feel a deep enjoyment that is due to and because of a work of art. Rasa is a vibration that comes from within – that enables a person to communicate with an artwork, regardless of any formal knowledge about the work or about specific nuances in art. To put it in a simple manner, the experience of rasa is as natural as the act of breathing. The pre-requisite is, to be human. Within this essence, there is a painting by Mona Singhania, a promising Singapore-based artist who was born and brought up in Badaun (Uttar Pradesh, India), that touches one’s innermost desire for and experience of what can be relatively-defined as freedom, a sense of release on a metaphysical level. Here, the focus is not aesthetic brilliance or profound technique of rendition. Instead, it is important to acknowledge that a painting is indeed fundamentally obliged to exude something beyond all cliched physical properties and formal expectations. 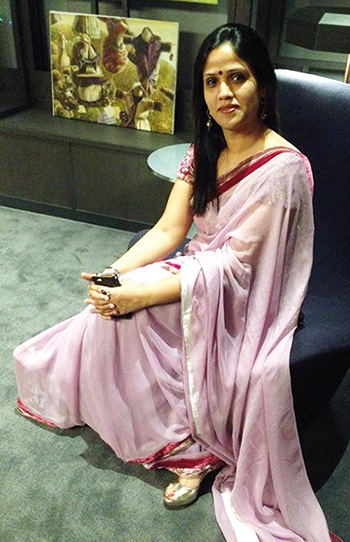 Utsaha, or emotive energy in Sanskrit, plays a key role in the experience of rasa. Energy is inherent in the work of art, as much as it is in the viewer. The viewer has to be able to exude his/her own utsaha, a sensitive involvement towards a work of art. When this communication is successful, the rasa experience is born. And the rasa experience of every individual viewer is absolutely different. Mona’s painting, an oil-on-canvas titled ‘Calling’, portrays an almost androgynous, stylised figure that forthrightly encompasses the entire artwork, implying a highly-poignant, an utterly-emotional and an absolutely-climacteric soliloquy directed at the ever-mighty universe. The figure is in the midst of nothing but ether, so immaculately indicating the feeling of elevation that one might come to terms with through meditation; when the mind is amazingly quiet and receptive of constructive silence. As a contrast to the neutrality in the figure’s facial expression, the outstretched arms so perceptibly complete the narrative of the painting, the unmistakable narrative of gratifying surrender, the wholehearted relinquishment of the heart to the whims of the universe.

“That rasa is what art is all about may not be specifically stated in so many words by everyone, but in a very real sense, it is what a viewer is looking for in a work of art.”

This succinct statement by B.N. Goswamy, in his book entitled ‘Essence of Indian Art’, reinforces the persistency of a subtle yet profound mode of communication that one can encounter with an artwork; whereby the subjective notion of sheer physical beauty attains a state of meaninglessness as it allows the dominance of formless vibrations. Mona’s ‘Calling’, in all its simplicity, calls for nothing but great vibrations.

To view artworks by Mona Singhania email Gnani Arts at gnani_arts@yahoo.com.sg, or call 6735 3550.