‘Treasures of the World from the British Museum’ was officially opened 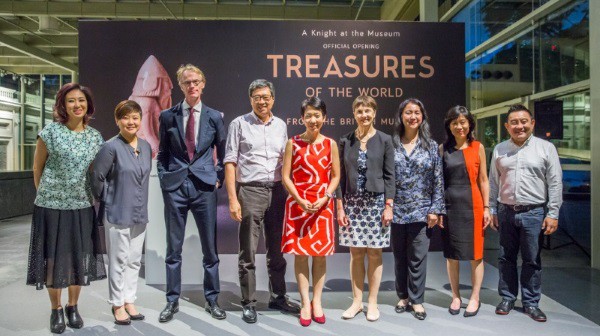 The blockbuster exhibition Treasures of the World from the British Museum was officially opened by Guest of Honour, Minister Grace Fu at the National Museum of Singapore on 4 December 2015. 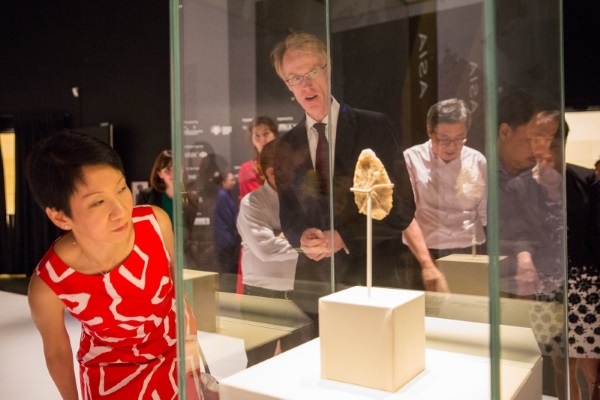 Minister Fu looks at the stone handaxe that is about 800,000 years old. It is the oldest artefact presented in the exhibition.

Minister Grace Fu said, “This collaboration between our National Museum and the British Museum reflects the strong ties we share between our cultural institutions, and between our countries. Through this exhibition, the British Museum has generously shared with us its treasured collection including items from the personal collection of Sir Stamford Raffles which has great significance to Singapore as we celebrate our Golden Jubilee. It will be an exhibition that will allow us to be educated again on our history and reflect on the place of Singapore’s culture in the world.” 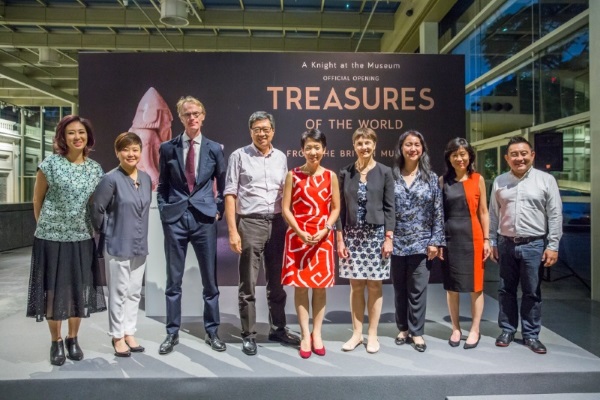 Minister Fu toured the exhibition that encompasses more than two million years of abundant culture and history, and features relics from ancient cultures and treasures spanning Africa, the Middle East, Asia, Europe, the Americas and Oceania. 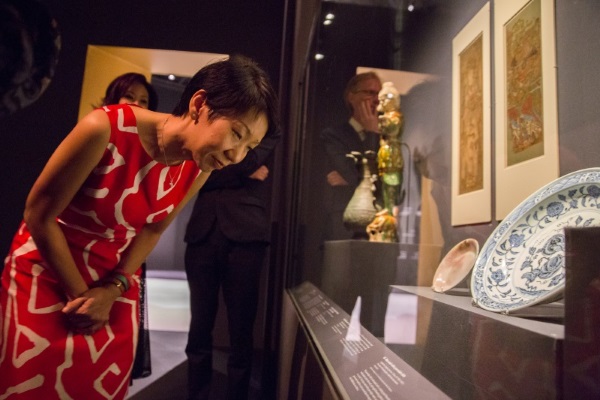 Minister Fu viewing the Blue-and-White Porcelain Dish that was produced at the imperial ceramic factory at Jingdezhen in north-eastern Jiangxi province. It is decorated in cobalt-blue under the glaze with a fruiting and flowering melon plant, and in the well with eight flowering plants, all joined in a continuous scroll.

The exhibition also includes items collected by Sir Stamford Raffles when he was in Southeast Asia, such as a Javanese mask and a kris and scabbard dating back to the early 19th century. 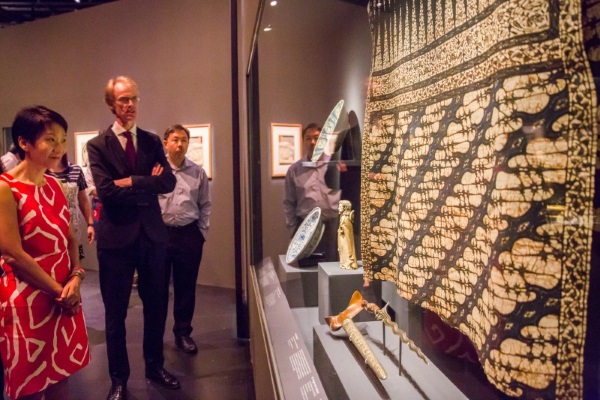 In this picture, British Museum Curator Brendan Moore highlights one of the earliest recorded batik cloths that is part of the British Museum’s Sir Stamford Raffles collection.

Treasures of the World from the British Museum has two Young Explorers’ Zones which contain activity sheets and learning stations that enable children and their parents to explore and discover different objects from around the world that are presented in the exhibition. 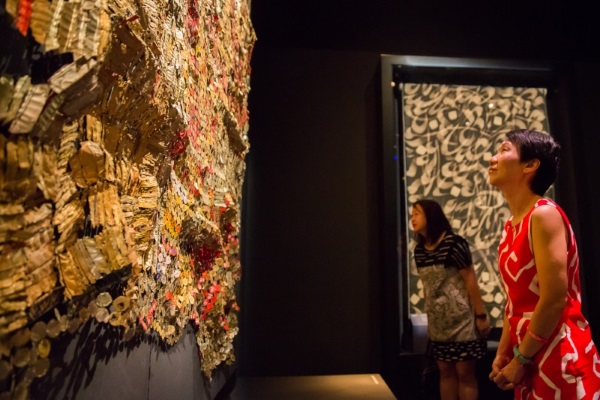 Minister Fu in front of El Anatsui’s Woman’s Cloth in The Modern World section of the exhibition.