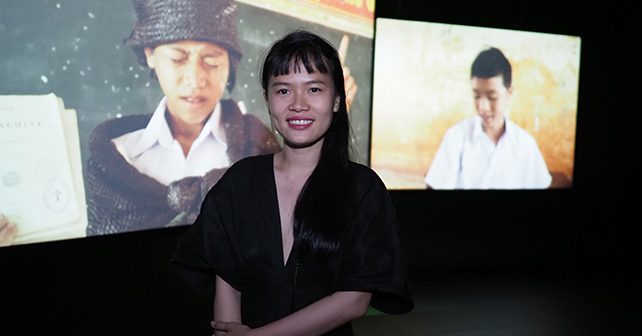 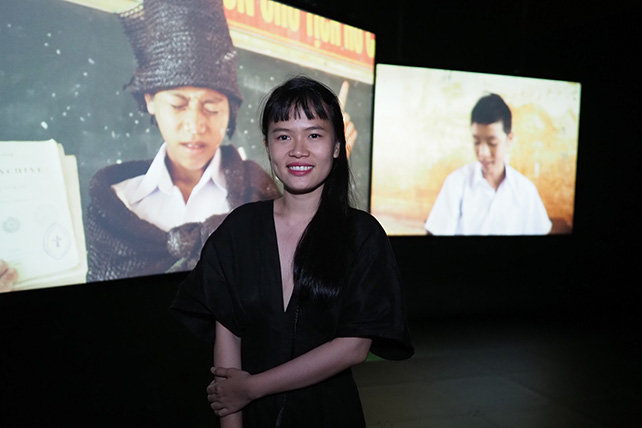 Vietnamese artist Phan Thao Nguyen’s Tropical Siesta won the Grand Prize, while the two Jurors’ Choice Awards went to Shubigi Rao’s Pulp: A Short Biography of the Banished Book. Vol I: Written in the Margins (2014–2016) and Thasnai Sethaseree’s Untitled (Hua Lamphong). Gede Mahendra Yasa’s After Paradise Lost #1 was awarded the People’s Choice Award for receiving the most votes by members of the public at the exhibition. The winners were announced this evening at an awards ceremony graced by Minister Grace Fu of the Ministry of Culture, Community and Youth.

Inaugurated in 2008 by APB Foundation and Singapore Art Museum, this is the fourth edition of the triennial APB Foundation Signature Art Prize. The Prize recognises the most outstanding contemporary art produced over the previous three years across Asia Pacific, and, for the first time in its decade-long history, the region of Central Asia for this edition as well.

The winners of the Grand Prize and Jurors’ Choice Awards were selected from 15 finalist artworks, which are on view at the Signature Art Prize exhibition till 2 September 2018 at the National Museum of Singapore, venue supporter for the exhibition. The works were assessed by a jury panel comprising well-known international art experts and practitioners in the field of contemporary art – Mami Kataoka (Chief Curator of the Mori Art Museum, Tokyo), Bose Krishnamachari (President of the Kochi Biennale Foundation), Joyce Toh (Head of Content and Senior Curator at the Singapore Art Museum), Dr. Gerard Vaughan (Director of National Gallery of Australia) and Wong Hoy Cheong (artist and independent curator). The final selections were made based on the following criteria: strength of the idea and concept, creative use of medium, material and technique, artistic insight and interpretation, and originality of artwork. 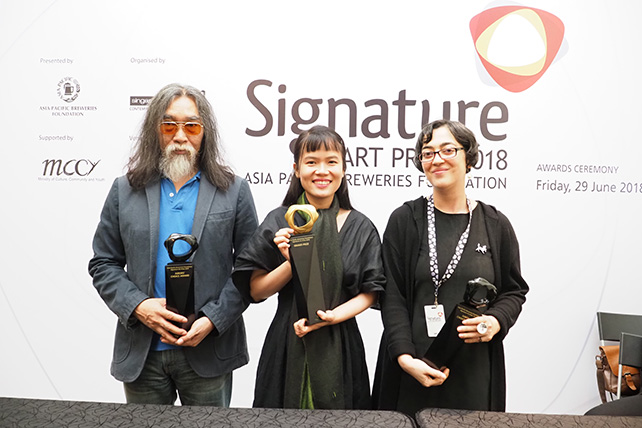 Comprising a 2-channel video and six oil paintings on x-ray film backing, Phan Thao Nguyen’s Tropical Siesta features an imaginary tale of a rural Vietnam populated only by children. Set in an agricultural community, they reenact the observations recorded by French Jesuit missionary Alexandre de Rhodes (considered the father of the romanised Vietnamese script) as he travelled through Vietnam in the 17th century. The artwork is part of her larger project, ‘Poetic Amnesia’, which is based on the artist’s research into de Rhodes’ life and work.

“Winning the Grand Prize is extremely significant to me. Singapore is a place that has helped me develop and mature as an artist, as I spent a year studying here, and also completed an artist residency. My artwork, Tropical Siesta, is a video installation that explores hidden histories of Vietnam imaginatively through the lens of children. The artwork is not just about historical events, but also how an artist feels and sees a particular narrative, and develops it into the language of painting and video.”

Two Jurors’ Choice Awards, with a cash prize of S$15,000 each, were presented to Singaporean artist Shubigi Rao for Pulp: A Short Biography of the Banished Book. Vol I: Written in the Margins (2014–2016), a mixed-media installation that is a part of her 10-year project on the history of destruction of books and libraries; and Thai artist Thasnai Sethaseree’s Untitled (Hua Lamphong), a massive collage on a canvas of Thai Buddhist monks’ robes, fusing symbols of everyday life with strong undertones of political commentary.

Indonesian artist Gede Mahendra Yasa’s After Paradise Lost #1 received the highest number of public votes on-site at the exhibition and was awarded the People’s Choice Award, receiving a $10,000 cash prize. The People’s Choice Award seeks to encourage critical thinking and dialogue around contemporary art in the public sphere, and to provide the public an opportunity to participate in the decision-making process.