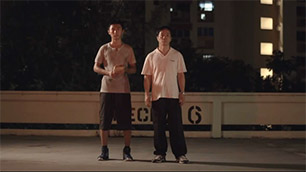 The winners of the 6th Singapore Short Film Awards (SSFA) have been announced. Over 100 members of the film community attended the awards ceremony, which was held on 8 March 2015 at The Substation Theatre. Following the ceremony, The Substation will present a special screening of the winning films at The Projector, on Saturday 14 March 2015, 8pm.

Last Trip Home, a poignant look at a father-son relationship as they try to make their way home by Han Fengyu, won Best Fiction Film. The Best Director and Best Sound prize went to Alvin Lee for his film Bon Voyage, which explores the relationship between a boy and his grandmother. For its sensitive and wonderfully candid portrayal of religion, The Longest Distance Relationship received the Best Documentary accolade.

In a joint statement, the judges said,”A number of the narrative shorts are taking a safe route, but it is encouraging to see people venturing into experimental, documentary and animation genres. Filmmakers here can be more daring in taking risks.” (See Annex for details on the judges)

All winners will receive a trophy. In addition, the winners of Best Fiction Film and Best Director will each receive a $5,000 post-production package from Infinite Studios, and a $1,000 legal package and $500 cash prize sponsored by Samuel Seow Law Corporation. The winner of Best Cinematography will receive vouchers worth $500 from Camera Rental Centre.

For the first time, the SSFA will present a Special Jury Prize to a director whom they felt created an exceptional work. The Special Jury Prize will go to Tang Kang Sheng for directing Passenger, a film which the judges felt was “a fresh, delicate film that takes a very strong risk and creates a magical experience.” Kang Sheng will receive a $500 cash prize that is a donation from the ‘Tribute to Hai Leong’ screening organised at The Substation in February 2014. The judges also gave a Special Mention to director He Shuming for And the Wind Falls, for a well-crafted film that showcased the potential of the filmmaker.

Guest of Honour and filmmaker Royston Tan presented the Honorary Award to film curator and Yuni Hadi, in recognition for her contributions to Singapore film. Yuni is Executive Director of the Singapore International Film Festival, and Director and Co-founder of Objectifs, Centre for Film and Photography. Her many achievements include the initiation of groundbreaking projects such as the Asian Film  Symposium, Fly By Night video challenge with filmmaker Tan Pin Pin, and the authoring and editing of the book, Behind the Lens.