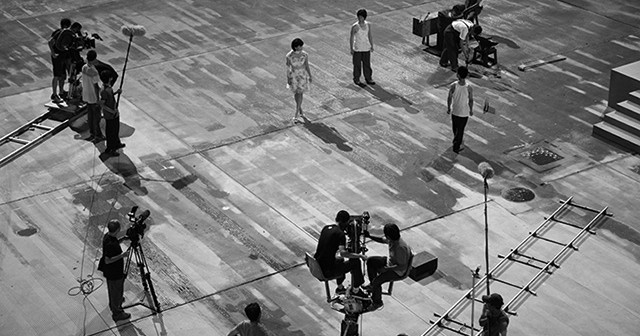 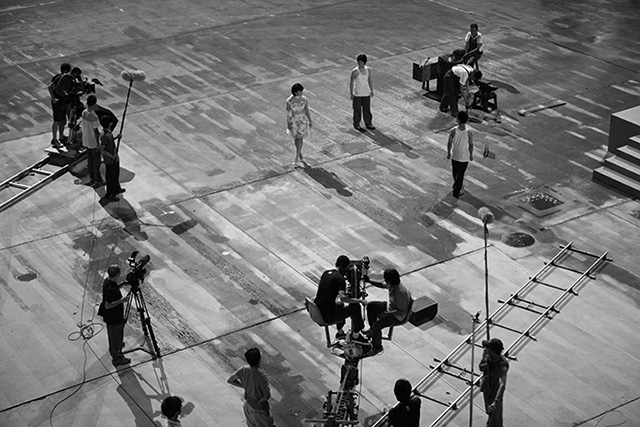 Yang Fudong, a leading international figure of contemporary art and one of the most important artists to emerge out of China in the 1990s, currently presents his first major solo exhibition in Southeast Asia at the NTU Centre for Contemporary Art Singapore. The exhibition shows four of Yang’s works, each emblematic of his multi-­faceted approach towards the creation of visual imageries that complicates our understanding of reality/fiction, and our experience of space/time.

As an auteur, Yang does not rely on scripts to drive the narrative. He favours the creation of images that allude to the fragmentary nature of one’s experiences and communicates a temperament or state of being. His stylistic inclination for moody, black-­and-­white 35mm cinematography is evident in his first film work, An Estranged Paradise (1997 – 2002). The film conveys the conundrum faced by a new generation during the raise of China’s bamboo curtain. Presented in Documenta11 in 2002, it received international acclaim and was considered a milestone in Yang’s artistic career.
Incidental Scripts marks the conclusion of Yang’s new work, About an Unknown Girl – Ma Sise (2013 – ­2014) featuring a young Chinese actress Ma Sise who frequently appears in his works and includes a fashion spread produced for China’s leading media, Modern Weekly. Conceived as a durational project, Yang inquires into the life and mind of an actress. His oeuvre often examines the real and the imaginary, and with this project, he delves into Ma Sise’s roles both on screen and in real life.

The seven-­screen installation of The Fifth Night (II) Rehearsal (2010) demonstrates the artist’s experimentation with film-­making at a new level. Featuring the film-­making process in its entirety, the work establishes multiple perspectives and challenges the viewer’s perception of cinematic time and space, allowing free association unique to each viewing experience. It is striking for its spontaneity, unpredictable and unpremeditated view of what happens on a set.

Yang’s interest in unmitigated experiences is demonstrated in On the Double Dragon Hills (2012), a two-­screen video that records the lives of workers in Jiaxiang in Shandong Province, a city well known for its resource of blue stone. The unobtrusive recording provides a bare view into the life of the locals whose livelihood centres on the stone-­carving trade.
Incidental Scripts is curated by Professor Ute Meta Bauer, NTU CCA Singapore Founding Director, and Khim Ong, an independent curator based in Singapore.