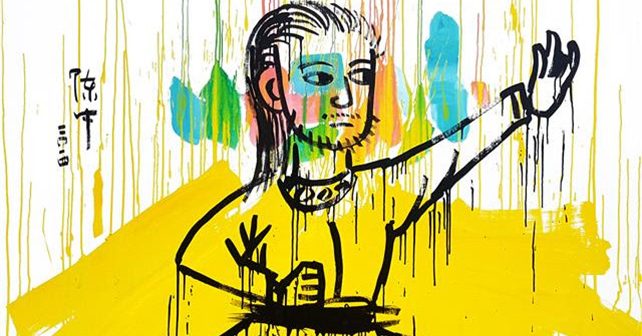 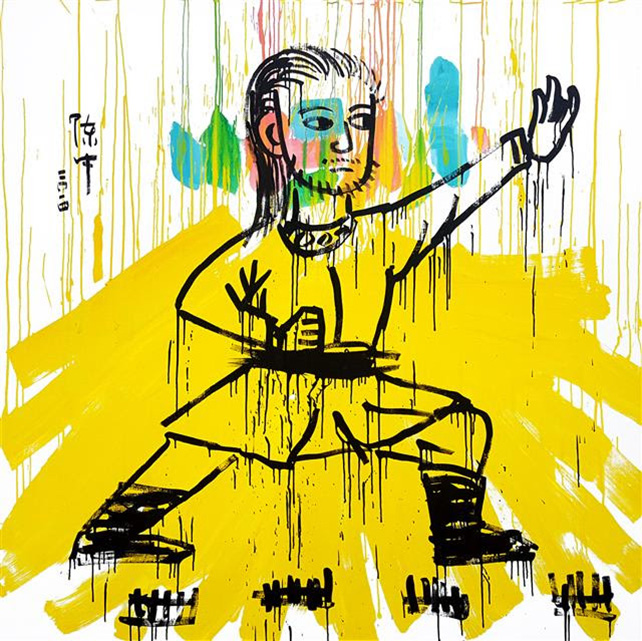 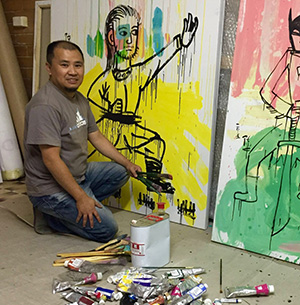 Zhong Chen is an internationally exhibited artist recognised for his work exploring issues of cultural identity, belonging and place. Drawing inspiration from traditional Chinese art, which he studied as a young man in China, Chen uses bold, gestural brushstrokes complemented by minimal colours and composition that follow a more Western structure to reflect his own life journey from East to West.

In this, his first solo show in Singapore, Chen exhibits works from his highly popular and acclaimed ‘The Kung-Fu Series’. Crossing the divide from the back streets of Shanghai to the exuberance of contemporary Australian culture, Chen’s works from ‘The Kung-Fu Series’ use calligraphic like black lines set against blocks of brilliant colour to depict figures brandishing swords, wearing elaborate headdresses, riding bizarre animals and casting furtive side-ways glances. These works explore all the elements involved in Chen seeking a new life in one country whilst maintaining links to his Chinese heritage; Kung-Fu being an important part of Chen’s growing up both as a martial art he practiced and through the influence of cultural icons such as Bruce Lee. 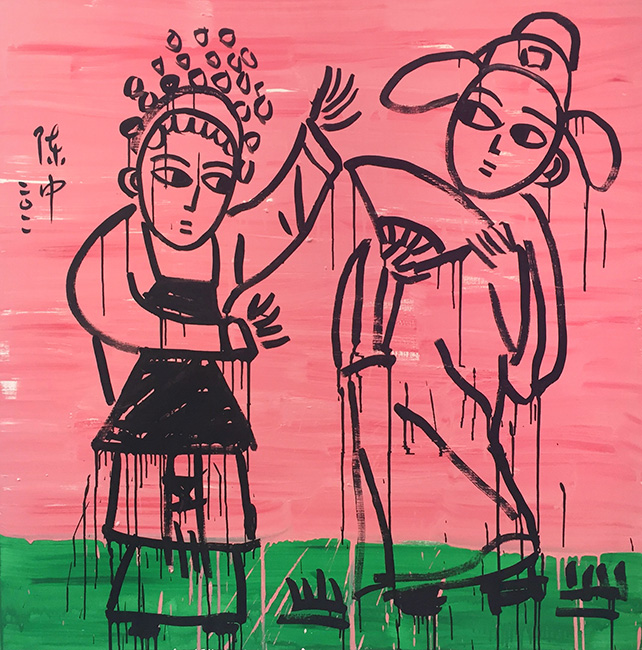 “We are delighted to bring Zhong Chen to Singapore. His works are very joyous and modern, a meld of Chinese characters and mythology with a very vibrant contemporary edge. Many of us in Singapore will identify with his trans-cultural feelings whilst being drawn to his expressive and colourful paintings.” 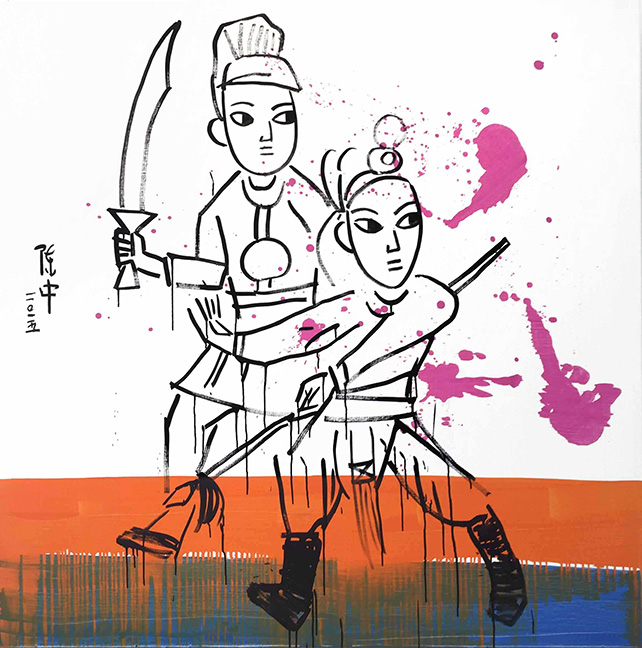 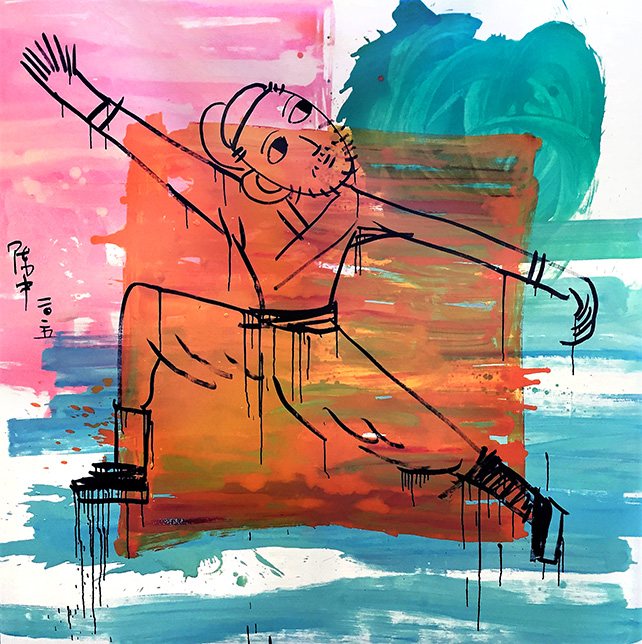