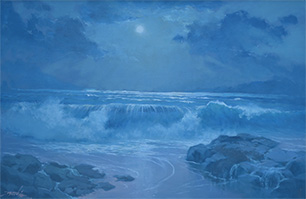 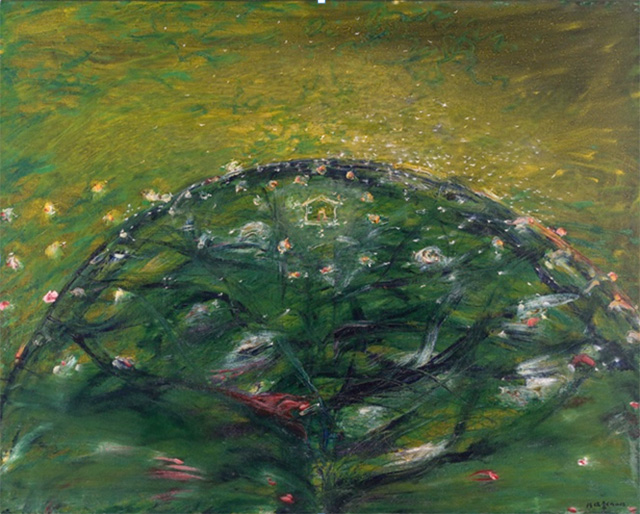 The exploration for unique works has always been a huge demand amongst collectors, therefore 33 Auction scouts all around South East Asia and the globe for the most appealing pieces. A masterpiece by a top-notch multi-disciplinary artist of Singapore, Tan Swee Hian, entitled “My Home Is Under A Fruit Tree”, done in 1990, has unexpectedly emerged on the market and will go under the hammer. The painting depicts in the landscape format the semicircular canopy of a tree gemmed with cadmium yellow and white flowers and red orangy fruits like a sumptuous ornamented kavadi in a ritual, silhouetted against a backdrop tapestry of saturated greens from imperial jade to the linden leaf, the weaving together of which is characteristic of the mysterious subtlely in the Eastern aesthetics and philosophy. 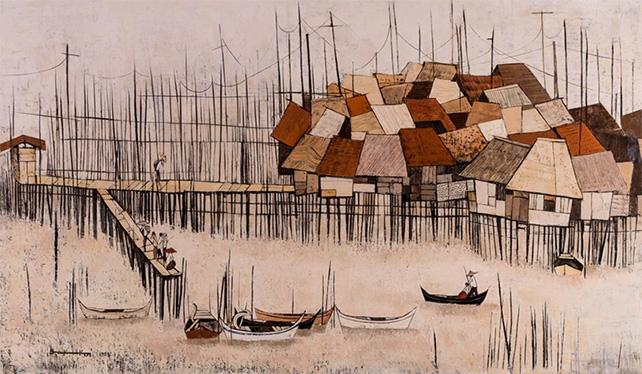 Viewers in front of Tay Bak Koi’s paintings would sense the sweet colors and the quietness in his artworks and share the romantic heart of the artist. His works presented the world from a more subjective perspective and inner emotions. Through his persistence to overcome the difficulties in pursuing his art dream, Tay Bak Koi eventually formed his signature style. In the Fishing Village Scenery, Tay extends his line works through rich textural surfaces. Not overly complicated yet not too simplistic, this series presents a moment in time where Tay is the cultural historian, collecting images of a time when Singapore was a fishing village. 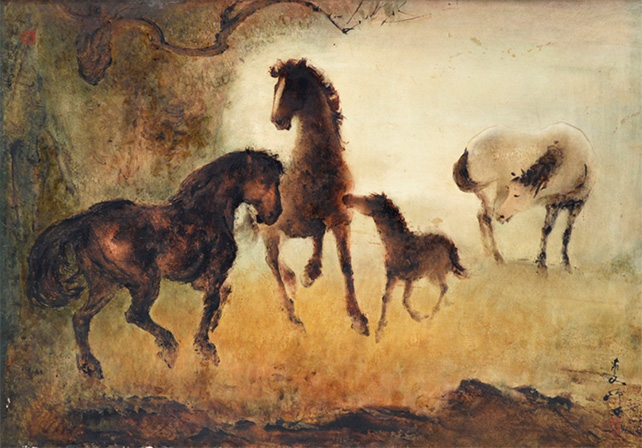 Lee Man Fong’s paintings strongly carries the theme of togetherness and in this rare piece titled “Harmonious Horses”, Man Fong captures the essence and beauty of these beautiful creatures in their natural habitat making it an impressive balance within its boundary. The horse in Chinese culture is equated with Gemini, and represents practicality, love, endurance, devotion and stability. By understanding his up bring, it is not surprising how Man Fong portrays his family image into his works. 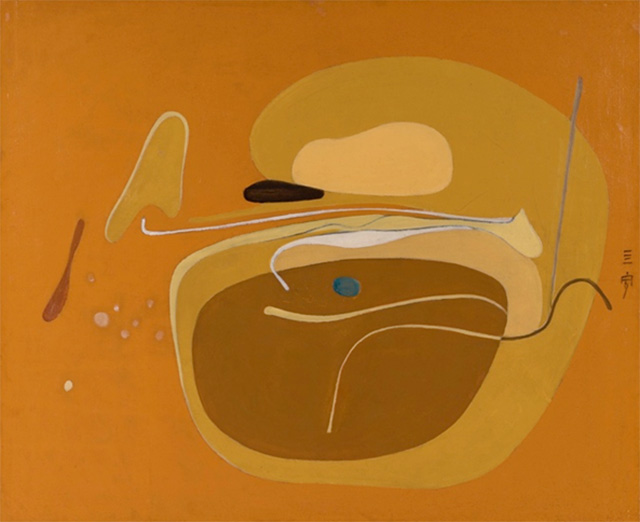 Through his influence of Western, East Asian and Southeast Asian styles, Cheong Soo Pieng shows his experimental factor of his exploration during the late ‘60s. Through post-London abstraction and two-dimensional collages and sculptures. Cheong ‘s “Calm Motion” is executed with the use of soft lines, curves and colors giving an illusion of a person hunched down on a surface resting its head interpreting its nature to be at peace making this theme unique compared to the rest of his collection where his admirers are familiar with. 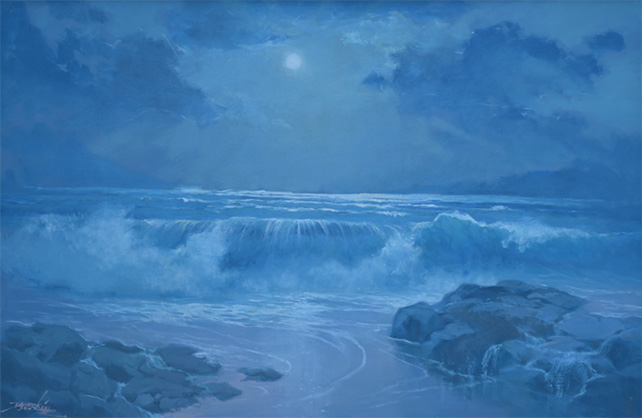 “Moonlight Sonata” is one of the masterpieces painted by Basoeki Abdullah. From the perspective of the picture it was as if one was looking into the distance out of a window. The picture’s quiet surroundings, luminous lake reflecting the full moon, smooth rippling water made one think of Beethoven’s Moon light Sonata.

Best known for his ability to paint with lifelike realism, Basoeki was greatly influenced by Romanticism, the artistic movement that started in the late 18th century in Western Europe. The movement emphasized the emotions of trepidation and awe, inspired by the picturesque qualities and sublimity of untamed nature. Basoeki calls his romantic style ‘romantic realist’, to differentiate his paintings from those of the 18th century romanticism.