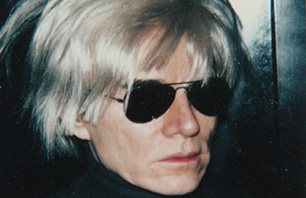 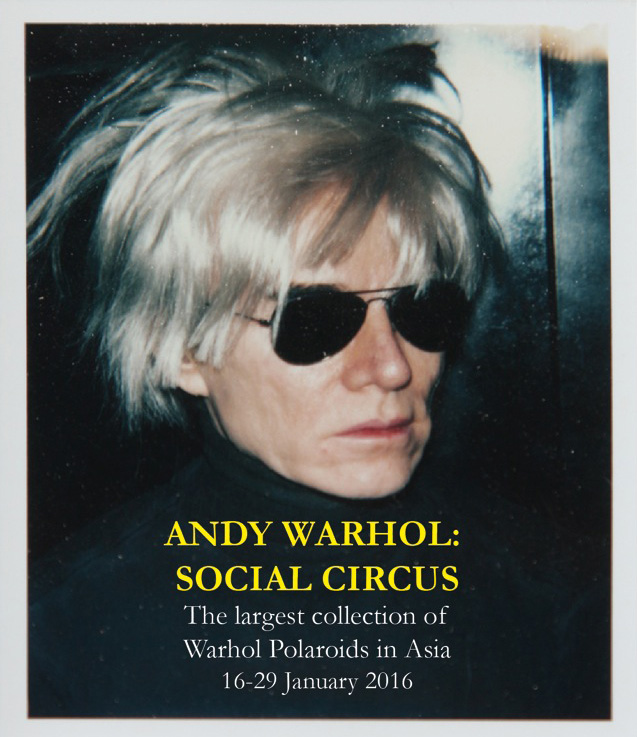 The exhibition, Andy Warhol — Social Circus, is the brainchild of trainee lawyer and art collector Ryan Su, and this is his first show to launch ‘The Ryan Foundation’, which aims to promote arts education and nature conservation seeks. Andy Warhol — Social Circus will feature up to 30 polaroids, and they include the likes of Andy Warhol himself, Bianca Jagger, Andre Leon Talley, Candy Spelling, Diana Vreeland, Tina Chow and Martha Graham.

This is the first time these Polaroids have been reunited and exhibited under one roof in Asia, since they were pulled out of Warhol’s Polaroid camera between 1958-1987 and dispersed across the world by various collectors. These Polaroids not only demonstrate Warhol’s influence as an artist and society figure, but also inspire his large-scale portraits he is best known for.

Visitors to Andy Warhol: Social Circus will be transported to Warhol’s studio — The Silver Factory, New York. The factory was a breeding ground for creativity. It was here that Warhol produced prints, paintings, photographs and films. Some of the Polaroids in Andy Warhol: Social Circus were shot in this factory. The Silver Factory was home to the most rambunctious parties, jam sessions, production-line silkscreen printing and filmmaking. This was also where many of the Warhol Polaroids were taken of the many invited and uninvited guests who walked through its doors.

The Silver Factory was aptly named because the entire studio was encrusted in aluminum foil and silver paint, from the walls, fittings to fixtures. It was also decorated using discarded furniture and was up-cycled with a coat of silver paint or tin foil.

Its most infamous piece of furniture is the Red Sofa, which is also the factory’s centerpiece and salvaged from the roadside. Andy Warhol: Social Circus will be recreating this sofa for visitors to experience. This is a rare treat, as there exist only a few replicas in the world. There is at least one other, and it is at the Andy Warhol museum in the States.

Also inside his factory was The Portrait Studio, and this was where Warhol made his Polaroids, which formed the basis for his commissioned portraits. The Polaroids yielded highcontrast portraits that were flattering because they conveniently left out blemishes and imperfections. This more-than-perfect effect was enhanced by the white make-up applied to women-sitters to even out their wrinkles. Some were made to wear a white cloth, exposing their necks and shoulders to the camera. These flattering Polaroids often led to additional portrait commissions being ordered. Some of these were expensive even in those days — the cost for a 40-inch square portrait was USD 25,000 with additional panels costing USD 5,000. At The Portrait Studio, visitors will get to experience the glare of the spotlights and pose for photographs in the sitters’ chair.

In 1966 Warhol created the Silver Clouds of foil balloons. They were rectangular and pillow-shaped balloons made from metalised plastic film and filled with helium. At this stage of his life, Warhol was bored of painting and wanted to make movies. He needed to find a way to end his painting phase, and realised that the only way to do that was to create a “painting” that floats away. Combined with his love of silver, he filled these “paintings” with helium and let them float away out of his window, which meant that he had less objects to deal with. Andy Warhol: Social Circus will pay homage to the Silver Clouds to recreate an immersive, creative yet playful environment that is quintessentially Warhol.

Visitors will also get to see how the transition between photograph and silkscreen was made and try their hand at silkscreen printing in the presence of a silkscreen artist.

Opening hours: 11am to 7pm daily
Admission is free.