Art for art’s sake? And just how good is it as an investment? 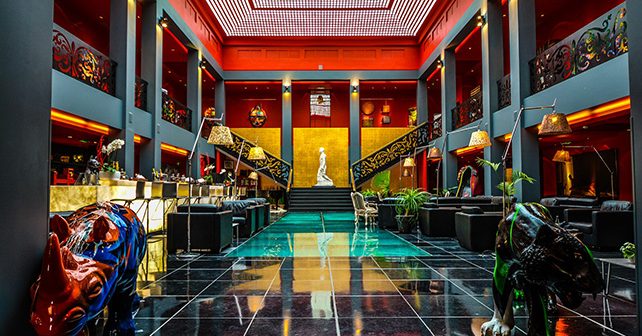 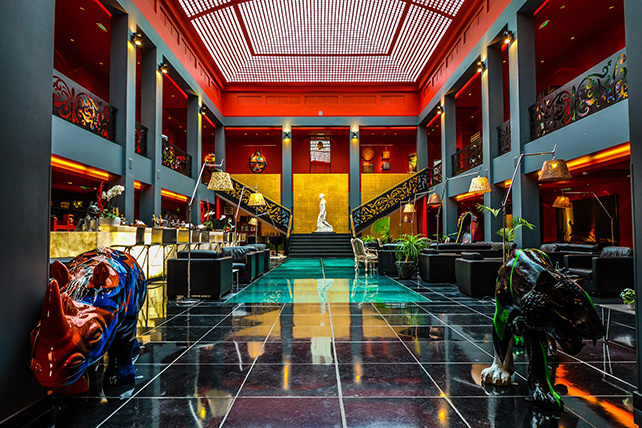 There’s no doubt about it. Art is certainly having more than just a moment as one of the hottest investments out there right now. One only has to look at two of the biggest stories to hit the art world the last year to see that this is indisputably true.

The first was the much hyped auction of the Leonardo Da Vinci portrait of Jesus Christ, Salvator Mundi, that sold for $450.3 million at Christies in New York in November 2017. At one point there were no less than six people bidding for the work with leaps of up to $30 million between each bid. Naturally, the eventual winner has asked to remain anonymous.

The other high profile event which has underlined the nature of the art market as being about viewing works as commodities as much as things of beauty was Damien Hirst’s huge Venice exhibition last year, Treasures From The Wreck Of The Unbelievable. The concept behind the exhibition of sculptures and artefacts was that these had been found in the wreck of a ship lost for over 2,000 years. There was even accompanying “footage” of divers reclaiming the treasures from the sea bed. But Hirst’s knowing joke was that everything in the exhibition had been created in the last decade by himself and his team with the objective of selling everything off once the exhibition was over.

Hirst and his backers obviously were confident that the market was going to be there for them as an estimated $50 million went into creating all of the items, with a projected sale value of $1 billion.

Of course, these two examples are at the very extreme end of the market, way beyond most people’s pockets, but they do give an indication that art is an exciting investment opportunity right now.

Plus, however much we might like to look at it as a way to see an asset appreciate in value over time, art has another quite unique property. It is a pleasure to own and look at as well as being enjoyed on a far more abstract level than even property or classic cars, two of the key other areas for so-called alternative investment. In fact this is one of the main pieces of advice for anyone looking to start building up a collection: that the starting point is choosing pieces that you actually like aesthetically as much as for the growth potential of their value.

This may seem to fly in the face of Damien Hirst’s seemingly cynical approach to working the art market but, ultimately, it will be other people’s appreciation of an artist’s work that will start to build up its value. Naturally, it’s not quite as simple as this so the advice of a knowledgeable and trusted art dealer is also essential for anyone who’s serious about starting or building a collection.

Before we go on to look at the sorts of pieces that could prove to be good investments it’s worth considering other ways that you could try to make your money grow, and their performance in recent times.

One of the most obvious is putting your money into financial investments like stocks and shares, currency markets and even CFD trading in which you speculate whether any of a number of markets will rise or fall. Recent times have seen the markets booming and trading online has made investing in them easier than ever. But the one thing that you can’t do with financial investments is hang them on the wall and admire them, or even show them off to your friends.

Property is another of the most trusted forms of investment. But there is a feeling that in many of the most sought-after cities in the world such as New York and London the markets may have become a little overheated, especially at the high end, so prices may actually be falling.

Two other areas for alternative investment which have been showing good growth recently have been fine wines and classic cars. Knight Frank, the upmarket UK estate agents, creates an annual Luxury Index and reported that in 2017 wines had seen a 17% appreciation in value while cars had seen a 7% rise. Art was found to have appreciated 16% over the same period and makes it a very worthwhile way to spend your money, if marginally less successful than fine wines

But what to collect? Well there seem to be a number of genres that have proved to be especially popular in recent years. The first is contemporary art, especially if you’re able to spot a star of tomorrow before everyone else catches on and the prices start to rise. The second is classical Chinese art which has seen huge gains over recent years, a reflection of the growing wealth and demand in the country itself. This also includes objects as well as pictures with sculpture commanding some of the highest prices.

As to where to buy, auctions are good, but the prices can be unpredictable. Private galleries mean that you will be able to benefit from the advice of highly experienced art dealers and there is a growing number of art fairs where buying is usually direct from the artist themselves.

Naturally, as with any investment, there are quite a few caveats to be aware of, not least the potential volatility of the market. Perhaps more than any other alternative investment, art is subject to changes in taste or fashion. So what’s popular among collectors one year could suddenly fall from favour. If, on the other hand, your chosen art does start to rocket in value it could start to cost considerable amounts to insure as well as posing security issues  wherever you are displaying it.

So, when all things are considered, art could be a good investment but most would advise on an approach which means buying pieces that you like and hoping that your taste chimes with the wider art market. This will lead to an appreciation in the value of the particular artist’s work.

Then, even if you don’t find that the piece is one day worth far more than you paid for it, at least you’ll have a work of art that will give you pleasure that will last forever.