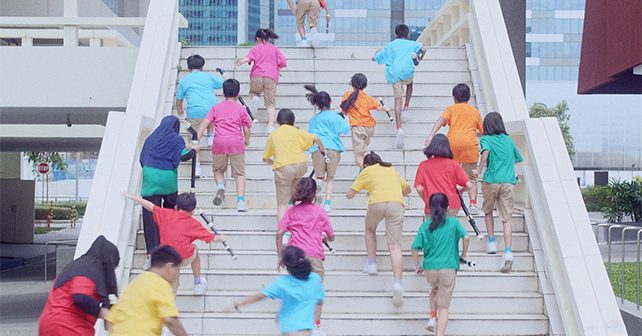 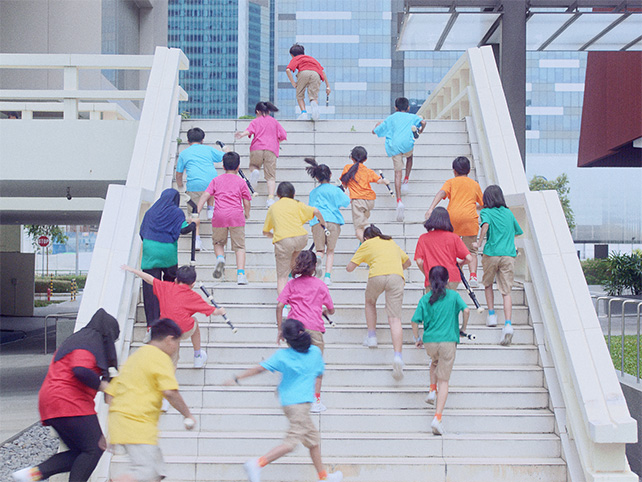 Artist Song-Ming Ang will represent Singapore at the 58th International Art Exhibition – La Biennale di Venezia. His presentation, Music for Everyone: Variations on a Theme, explores the myriad of ways people relate to music, on a personal and societal level, and how music can affect a sense of agency. Commissioned by the National Arts Council Singapore, the multidisciplinary presentation comprises film, digital prints, sculptures and banners, and will be on display at the Arsenale’s Sale d’Armi building from 11 May to 24 November 2019.

Ang is a contemporary artist whose conceptual works examine the social aspects of sound and music, bridging various creative fields including the visual arts, experimental music and popular culture. His practice also traverses a variety of media, ranging from video and performance, to installation and participatory art.

The presentation for the Biennale takes reference from a series of music concerts, titled Music for Everyone, organised in the 1970s by then-Ministry of Culture of Singapore, to promote Western classical music education and appreciation, and to foster a sense of national identity. The works present a counterpoint to state-prescribed forms of music and commonly held notions of the arts. They draw on principles of experimental music and conceptual art to playfully but persuasively show how art can be created by anyone using simple ideas and elementary techniques.

Central to the presentation is a new, three-channel film installation, Recorder Rewrite. It features the recorder, a musical instrument that has been an enduring part of Singapore’s music education curriculum since the 1970s. Shot at the Singapore Conference Hall, a cultural landmark of modern Singapore and an original venue of the Music for Everyone concerts, the film features children from diverse cultural and musical backgrounds performing a composition of their own, following a workshop on improvisation exercises and unconventional uses of the recorder.

The presentation also includes simple sculptures of stacked recorders assembled from the recorders used in the film, as well as collages of music manuscript paper. A selection of the original Music for Everyone concert posters has also been recreated as a series of fabric banners and watercolour on paper paintings. In creating this body of new works, Ang employed techniques and materials familiar to the everyman, emphasising handicraft and the spirit of amateurism as a contrast to the formal, state-driven vision of Music for Everyone.

The pavilion’s curator, Michelle Ho, says: “Many Singaporeans would have encountered the recorder as part of their early music education, which was modelled after a British syllabus because of a colonial legacy. The instrument also seems to have left an indelible impression on many people, from Europe to South America. We hope that through Recorder Rewrite, we can share with new audiences from around the world, an experience that is peculiarly Singaporean, but that might also resonate with them in their own ways.”

On the inspiration for his new body of work, Ang says:

Apart from the cool, 70’s aesthetic of the original concert posters, I was most intrigued by what could be gleaned from the programmes and performers, and how it reflected the state’s agenda in terms of nation-building and foreign policy. Even the venues, ticket prices and sponsors form a charming snapshot of Singapore at that point of time.

The Singapore Pavilion will be opened officially on Thursday, 9 May 2019 by Guest-of-Honour Grace Fu, Minister for Culture, Community and Youth, Singapore. An exhibition catalogue will be published for the launch of the pavilion, featuring essays by curator of the Goldsmiths Centre for Contemporary Art and author Natasha Hoare, director of Kunstnernes Hus Anne Hilde Neset, assistant curator of the Institute of Contemporary Arts Singapore Melanie Pocock, senior lecturer at Royal Holloway, University of London and ethnomusicologist Tan Shzr Ee, and artist and author Patrick J. Reed.