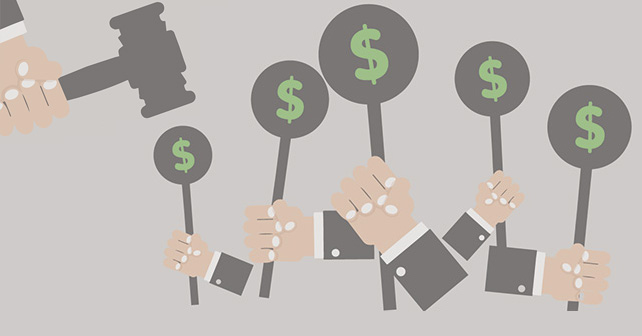 When the hammer falls, millions of dollars change hands for art at local auctions. Renee Poh takes a closer look into the bustling marketplace for art.

Please look at the painting, don’t look at me,” the man on the podium says, eliciting a chortle of laughter from the room. It is an apparent dig at the late Chinese-American artist Walasse Ting’s Look at Me Twice, a colourful acrylic painting of a forlorn-looking woman in the nude.

He continues in rapid-fire motion as an assistant scrambles to update the figures, showing different currencies, on the projector screen. A hush falls over the saleroom. The tension in the air is palpable as he waits for a response from the crowd. After a long silence, his voice booms from the podium.

“Two-sixty, any advance at two-sixty, you’re all done, fair warning.”

Before anyone has a chance to react, the auctioneer bangs his gavel on the rostrum with a loud clack and declares the final hammer price at $260,000. It is 1pm on a Sunday afternoon at the Grand Copthorne Waterfront Hotel, where Borobudur Auction’s contemporary and modern art auction is well underway. The left side of the ballroom is abuzz with small talk from the crowd and frantic negotiations in various languages from auction house staff on the telephone. They are placing bids on behalf of buyers who cannot be present, including overseas clients.

Occasionally, the telephone bidding gets intense, prompting the staff to raise their paddles and voices repeatedly.

The focus on Singaporean and Southeast Asian art attracts a large proportion of regional collectors. About 50% are locals, with most foreign buyers from Indonesia, China and Hong Kong. According to auctioneer Rob Mulders, the audience is made up of both serious buyers looking out for their next purchase, and observers, including auction house and gallery representatives and art enthusiasts, who come to keep an eye on the art market. 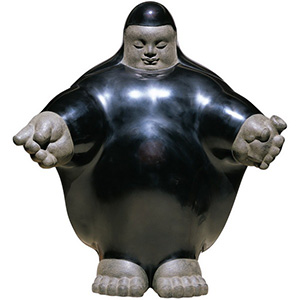 Ms Michele Goh, business manager of Lucanna, an online auction house, describes Singaporeans as practical buyers. “Locals zoom in to what they want, and if they think there’s investment value then they will go for it,” she says.

An avid Singaporean collector who gave his name as Mr Chua, has just purchased Avalokitesvara, a modern Buddhist sculpture by Taiwanese artist Li Chen, for $250,000. It is the third out of only eight editions in the world. “I buy pieces by renowned artists at auctions that have made their mark in the market, so I have something to fall back on if I decide to sell in future,” he says.

The intense and fast-paced environment has not only made auctions one of the most exciting avenues to purchase art, but also a possibly lucrative one for collectors looking to sell their pieces. Flipping of art at auctions, a term used to describe buying and quickly reselling a work at a profit, has made waves in the global art auction market.

According to a 2014 Bloomberg report, prices for young emerging artists such as Colombian-born Oscar Murillo, known for his scribbly paintings, had surged as much as 5,000 %. A piece bought at $7000 in 2011 went for a whopping $401,000 in an auction in 2013. This makes auctions attractive for those seeking a quick buck.

Mr Christopher Lanigan-O’Keeffe of 33 Auction says: “In recent years we have seen a sharp rise in prices for Asian modern and contemporary art, hence we do see many clients trying to ‘flip’ a painting very quickly, within a year or two.”

Some buyers have made large profits on pieces in just a few years, from buying less popular works cheaply and selling them at high prices when demand picks up. Sometimes, passive investments can also be made. Collectors can reap a profit by selling works that have appreciated in value over the years.

However, auction houses issue a word of caution. Mr Lanigan-O’Keeffe explains: “The market can change very quickly, and there can also be big losses.” Nevertheless, those in the auction scene agree that auctions are a good way of introducing new collectors to the art market.

Mr Greg Harris, a freelance auctioneer who spent 25 years at Sotheby’s and now conducts regional auctions regularly, says: “It’s easy to come to a public auction and look at the catalogue or look at something online. Most people, I think, start through auctions.” A typical auction has a wide range of works to choose from to cater to different tastes. Auction houses also publish their results online, making prices easily accessible to buyers.

Purchasing artwork through an auction is often thought to be cheaper as compared to a gallery, due to the lack of rental and long-term storage costs. However, this is not necessarily the case. An artwork that is highly sought after by two or more bidders could increase the final hammer price drastically.

Lucanna curatorial director Merit-Verena Eisenmann says: “If you have an artist going triple the usual price, and you have two or three bidders really fighting for that, that doesn’t really represent the art market value.”

Singaporean artist Ong Kim Seng expresses a similar sentiment. His first artwork put up at Sotheby’s went for $25,000, an extremely high result that saw competition from several bidders. “The auction price is not very accurate as it does not reflect the true price of the artist. Is it genuinely sold, or is there somebody who just wants to speculate?” he quips.

Last November, Singaporean artist Tan Swie Hian’s ink-on-rice-paper work, Portrait Of Bada Shanren, sold for 20.7 million yuan (S$4.4 million) at the 2014 Poly Auction in Beijing, the highest by a living Singaporean artist. Though Singapore’s auction scene is much smaller, there has been an increasing appetite for art in recent years. There are an estimated 10 auction houses operating here, a far cry from just one in 1985.

Global players Sotheby’s and Christie’s have offices here but hold their auctions for the Asia Pacific region in Hong Kong, to target the high-end market. Their absence has allowed regional auction houses such as 33 Auction and Larasati to thrive.

Mr Lanigan-O’Keeffe says: “This has left a gap in the market for us to cater to local buyers, who have an ever increasing interest in Singapore and Southeast Asia’s cultural heritage.”

Each auction house hold two to three auctions in Singapore every year with sales can range from S$2 to $5 million per auction. Recent years have also seen the entry of new players such as Japanese auction house Est-Ouest in 2013 and online auction houses Atelier Auction and Lucanna.

With the increasing popularity of e-commerce, auction houses have started to tap on online platforms to cater to a larger international client base. Ms Eisenmann says: “People who are buying and investing in art travel frequently and have a very tight schedule, so this is very convenient.”

For now, auction houses have a positive outlook on expansion, as they cast their net wider to the international market. Mr Lanigan-O’Keeffe says: “The auction market here will most probably continue to grow at a steady pace. The worldwide interest in Asian art is becoming stronger, so auction houses will cement a stronger role in Singapore and the rest of Asia.” But with rising prices, others adopt a different view. Mr Mulders says: “It will be very difficult as the market concentrates more and more on the top end of the market. Hong Kong and China are (too) big competitors.” 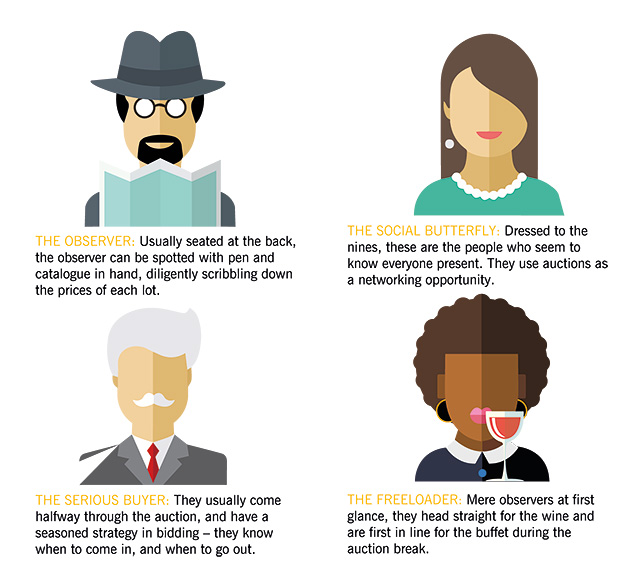