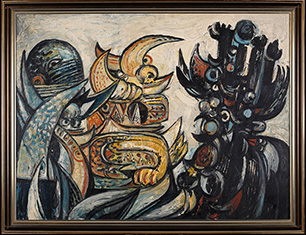 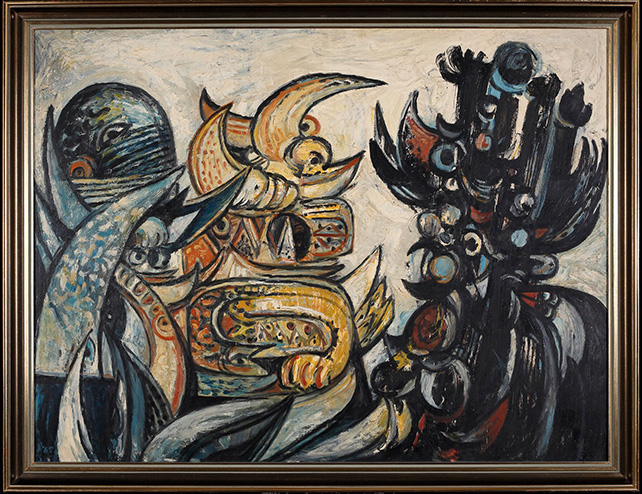 Centre Pompidou and National Gallery Singapore announce their latest collaboration – an exhibition focused on a key moment in the work of one of Southeast Asia’s leading modernists – Latiff Mohidin and his seminal Pago Pago series. The exhibition Pago Pago: Latiff Mohidin (1960-1969) will be Centre Pompidou’s first exhibition about Southeast Asian art held at its In-Focus Gallery. Opening on 28 February, this collaboration marks an extension of the ground-breaking project Reframing Modernism: Painting from Southeast Asia, Europe and Beyond held at National Gallery Singapore in 2016, as part of the Gallery’s ongoing commitment to promote Southeast Asian art globally.

“The exhibition showcases Latiff Mohidin’s art during the 1960s, which was a decade that marked such significant shifts both in Southeast Asia and Europe. Latiff Mohidin is not only one of Southeast Asia’s leading artists, it could be said that he is one of the first artists of the region to imagine ‘Southeast Asia’ as a distinct aesthetic realm. Curatorially, the Gallery continues to be driven by its mission in enabling a greater understanding of Southeast Asian art internationally.” 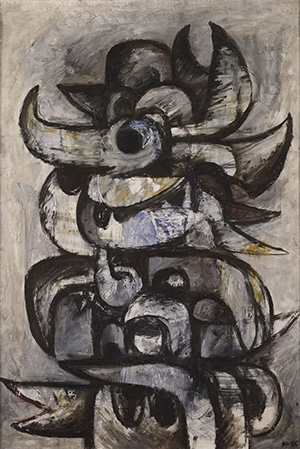 Pago Pago: Latiff Mohidin (1960-1969) is conceived by the curators Catherine David of Centre Pompidou and Shabbir Hussain Mustafa of National Gallery Singapore as a micro-history that situates one of Southeast Asia’s leading modernists in dialogue with his Western peers. Held in a space adjacent to the permanent galleries of the Pompidou, the exhibition is set in the 1960s when Latiff Mohidin embarked upon his formal study of art at the Hochschule für Bildende Künste in West Berlin from 1961 to 1964. Ranging from the emotional states of German Expressionism that Latiff Mohidin encountered during his formative years in Berlin to the ancestral imaginary of his rural upbringing in British Malaya, Pago Pago became a way of thinking manifested in a constellation of paintings, sculptures, prints poetry and writings.

In 1964, Latiff Mohidin returned to Southeast Asia from Europe with the hope of reengaging with a region that had been relegated to his subconsciousness. Amidst perceived communist expansionism in Vietnam and insurgencies that raged internally in Indonesia, Malaysia, Singapore, the Philippines and Thailand, he remained committed towards initiating his own sense of the region. If the Berlin years were about the ability to translate between cultures, the years that followed presented a different proposition: to think of all matter as eternal cycles. The poetry of the ‘Pago Pago’ years is in free verse form, while the paintings compositionally rely on thick outlines, controlled brush strokes, jagged and curvilinear edges. The exhibition will feature over 70 artworks and archival materials drawn from leading public and private collections in Singapore and Malaysia.