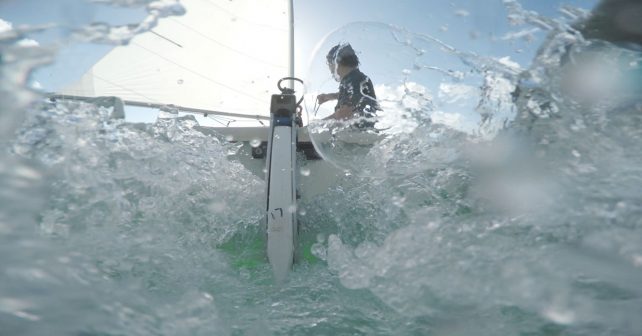 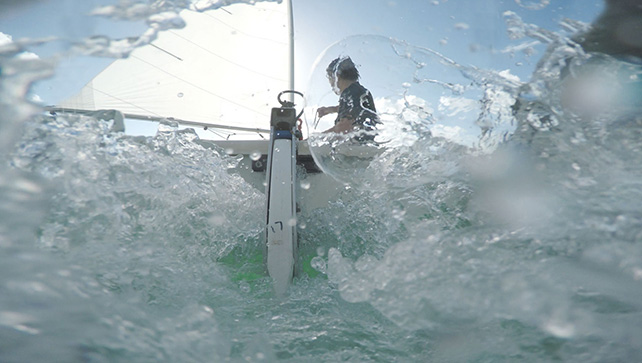 SEA STATE by artist and former Olympic sailor Charles Lim Yi Yong, commissioned for the Singapore Pavilion for the 56th Venice Biennale and curated by Shabbir Hussain Mustafa, will be presented at the NTU Centre for Contemporary Art Singapore from 30 April to 10 July 2016. For over a decade, Lim’s ongoing project SEA STATE examines the biophysical, political and psychic contours of Singapore through the visible and invisible lenses of the sea. SEA STATE is an in-depth inquiry by an artist that scrutinises both man-made systems, opening new perspectives on our everyday surroundings, from unseen landscapes and disappearing islands to the imaginary boundaries of a future landmass. 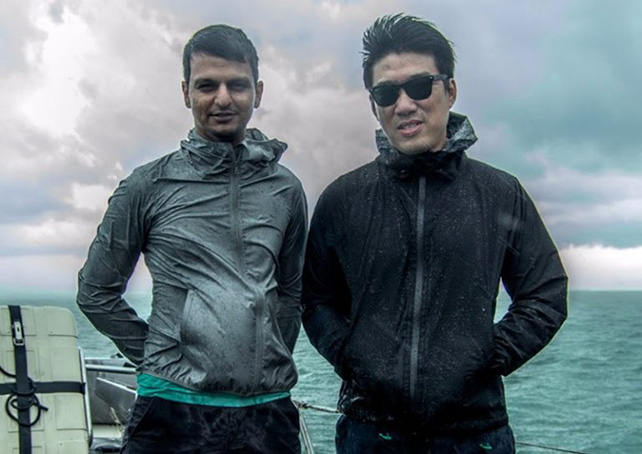 The exhibition at NTU CCA Singapore is the first significant gathering of the various critically acclaimed components of the project since it started in 2005, and the Centre’s first major exhibition of a Singaporean artist. SEA STATE encompasses digital video works, altered marine charts, a three-dimensional sand model of the seabed around Singapore, and a five metres tall maritime buoy. The buoy, fondly referred to as the Sajahat Buoy, alludes to Pulau Sajahat (Sajahat Island), which disappeared from the world’s nautical charts in 2002 as it came to be subsumed by Pulau Tekong due to Singapore’s intensified land reclamation efforts. The buoy that once marked the island similarly disappeared, compelling the artist to reconstruct the buoy to fully unravel the gravitas of this disappearance. In addition to the works exhibited at the Singapore Pavilion, the exhibition in Singapore will be extended by the photographic series inside\outside (2005), part of SEA STATE 1, and Lim’s short film all the lines flow out which received a Special Mention at the 68th Venice Film Festival in 2011, making Lim the first Singaporean to be honoured at the festival. 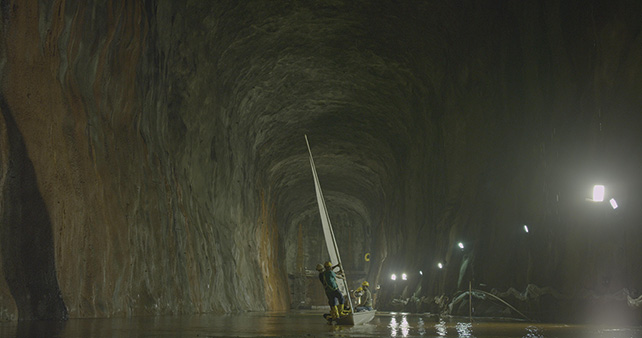 Since 1965, Singapore has grown by more than 50 square miles through land reclamation, with sand bought from elsewhere in Southeast Asia. A nation created by maritime trade, both colonial and modern, Singapore has found itself at the centre of global debates surrounding resource use, climate change and territorial sovereignty. Singapore’s often bold solutions—from land reclamation to the vast undersea caverns recently constructed beneath its southern coastline—represent singular yet suggestive prototypes for the management and navigation of these pivotal challenges of our time. As Singapore continually reclaims and recreates itself, SEA STATE frames these debates with the transnational spaces of the sea.

SEA STATE 0: all the lines flow out, 2011, digital film still, Courtesy of the artist