Diamond in the Distance by Rodel Tapaya 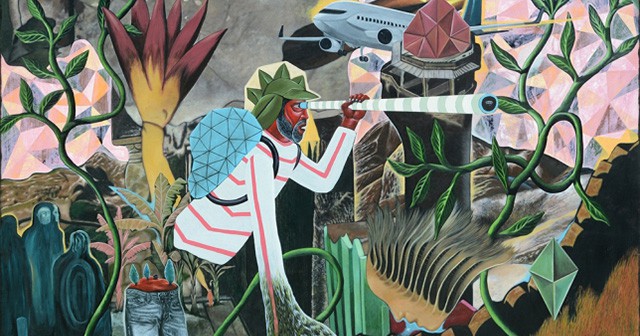 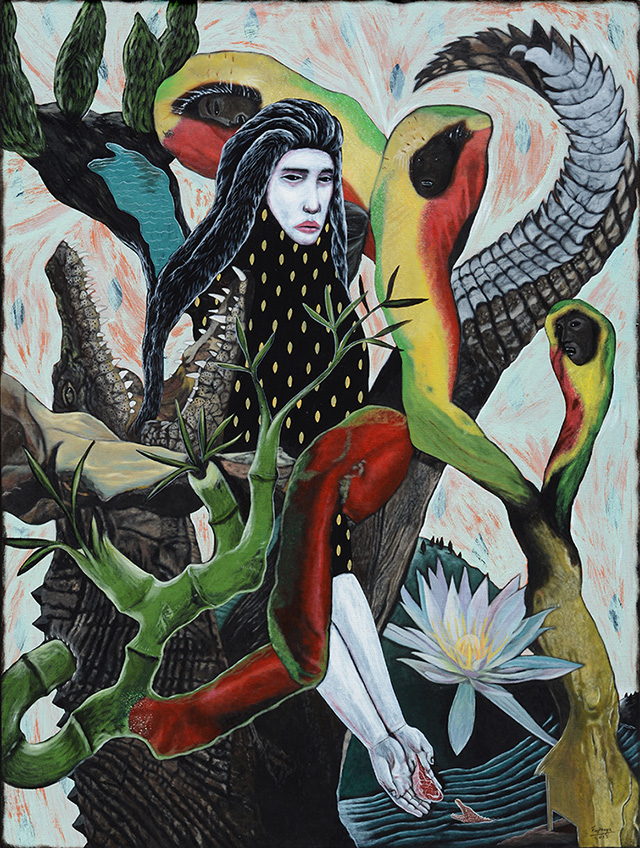 “Diamond in the Distance” chronicles Rodel Tapaya’s recent explorations in the metaphorical search for “treasure” and all things tangible or intangible that people put value to.

The solo exhibition features a selection of new acrylic works on canvas and paper by the acclaimed Filipino artist. Drawing inspiration from a story by American minister Russell Conwell called Acres of Diamonds, Tapaya looks into the plight of overseas Filipino workers in his large-scale paintings Slave Broker and Finding Diamonds. With these, the artist suggests that one might look for opportunities elsewhere while consequently leaving the people that are valuable to him behind. 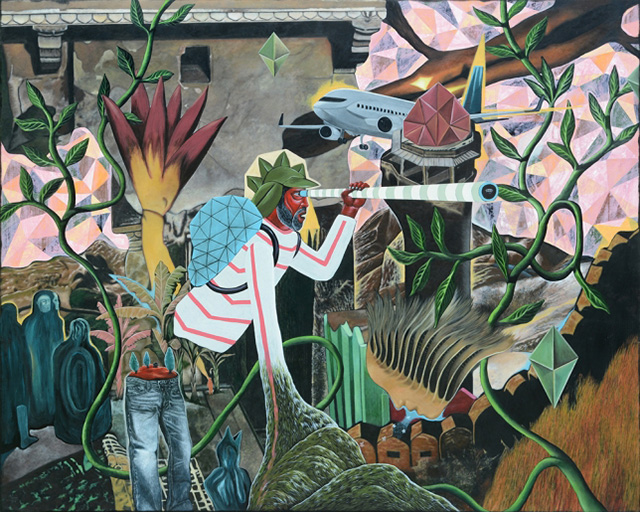 Tapaya believes that the true gem can be found in relationships. This is illustrated in his work The Helpful Crocodile which is based on a folktale from the Iloco region in the northern part of the Philippines. The work depicts the relationship between human and animal – where a crocodile that the woman protagonist helped, in return helped the woman, and even sacrificed himself during a time of crisis.

Also part of this exhibition is a series of works on paper presenting the various desires of human beings, portraying human interactions and our relationships with others. The small paintings on canvas, a break from Tapaya’s normal practice of large format works, are intimate paintings about deities inspired by various Philippine myths and legends. As the subject matter tackles mystical notions of gods and goddesses, Tapaya deliberately made these paintings small in contrast, to seemingly bridge the distance between mortality (the viewer) and the divine. 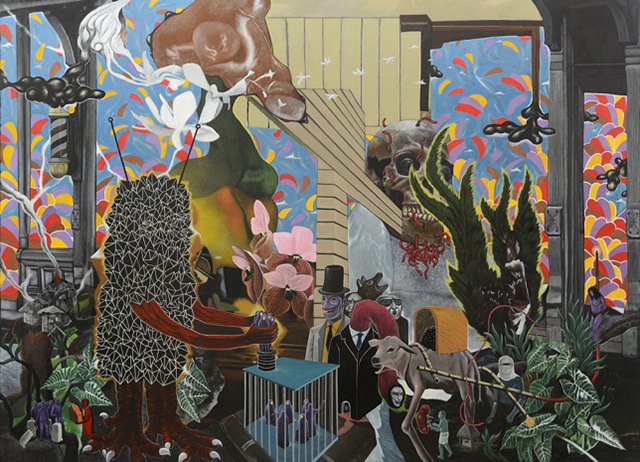