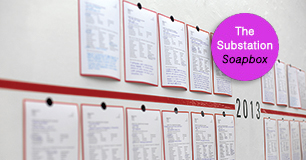 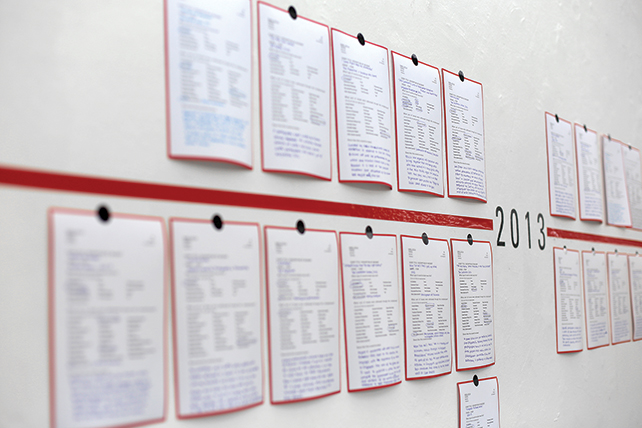 After 18 months of research under The Substation’s Associate Artist Research Programme, artist, curator, and arts educator Tania De Rozario will present her findings in an exhibition at The Substation Gallery. Titled Making Trouble, it will display transcripts of interviews conducted over the past two years about the conflations between art and activism. Tania shares the insights gained from the interviews, and how she decided to put an unconventional spin her exhibition.

Chelsea Chua: After two years of research, have your perceptions of art and activism in Singapore changed?

Tania De Rozario: In the broadest sense of the word “change”, I don’t think my perceptions of art and activism in Singapore have changed much; my awareness, though, is far more nuanced now, and the word “activism” has grown to have multiple meanings. In addition, I’ve also learned that much more has been written about this topic than I was aware of!

(A particular shout-out here to Woon Tien Wei: His thesis, “Arts in a Knowledge-based Economy: Activist Strategies in Singapore’s Renaissance” was incredibly interesting and really made me think a lot about Post-Musuem, and the importance of creating creative and political space that allows people to gather.).

CC: I understand that you interviewed a broad range of people. Could you give us an idea of the diversity of opinions that you encountered? Any particularly insightful interviews you might like to share with us?

TDR: Well, I’ve interviewed 16 people so far. Their ages range from early-mid-20s to 60-plus. Besides being painters, ceramists, performers, curators, filmmakers and all manner of creative folk, they work across spectrums of activism and interest: animal rights, gender equality, queer equality, environmental awareness, sex worker rights and political advocacy, just to name a few. My conversations with all of them were humbling and incredibly inspiring. I was really moved by everyone’s drive and vision. There were no conversations we had that were more insightful than others.

In terms of diversity of opinion, what interested me most were the very different ways in which different people think about what activism means, and how these different ideas are then articulated through their lives and practices.

One of the most striking parallels, which affected both myself and the transcriber who worked on the first round of interviews, revolved around 1987, a topic that came up in various conversation, and in various contexts. (Note: In 1987, the Singapore government conducted ‘Operation Spectrum’, which saw 16 people arrested and detained without trial under the Internal Security Act, for their alleged involvement in a Marxist conspiracy to subvert the political and social system in Singapore.) While I’ve always considered that event to be a dark day in Singapore’s history, I’ve never realized what a large shadow it has cast over so many people; one large enough to haunt not just the people who were directly involved or people who know those who were directly involved, but also people young enough to not even have been born yet that year.

CC: What are your plans for these transcripts?

TDR: My short-term plans involve binding them as individual manuscripts and exhibiting them in the gallery as part of the show. In terms of the long-term, I don’t know yet. I’ve been thinking of doing my masters. Do you think these interviews might qualify as primary material for a research paper? Haha do you think Singapore will fund me to expand this study into a masters thesis?

CC: What kind of experience do you hope to create for visitors to the gallery?

TDR: I’m hoping to create an experience that is engaging. There will be an interactive timeline of events involving intersections of art and activism that viewers can contribute to on-the-spot; this will stretch the entire way around the gallery. There will also be the transcripts of the interviews that people can sit down to read, and write notes on.

I toyed with the idea of including images in the show, but I decided that I did not want to take away from content. I must admit, as a painter, that I found the process of putting this exhibition together difficult. “How is research art?” and “How are interviews art?” was a question I kept asking myself over and over as I conceptualised the look and feel of the show. I’ve had to keep reminding myself to trust the process.

I know that a gallery full of text is hard for some viewers; especially those who think of art solely as images, but I also don’t feel like this needs to be an “easy” experience. I feel like the sustained effort this project has taken needs to also be reflected in the way it is exhibited – if you want to get something meaningful out of the show, your efforts must be sustained as well.