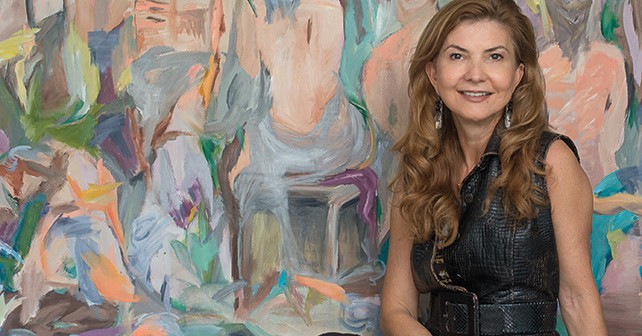 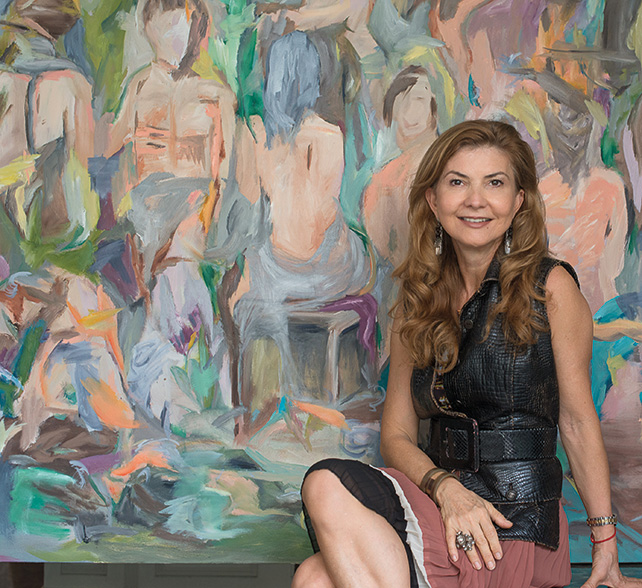 ‘Soul Solace’ at the Brazilian Embassy in Singapore is Magali Pagani’s first painting exhibition. In it, she focuses on nature and how she relates to it, which is the thematic red thread running through all of her work, be it photography or painting.

Pagani is an experienced photographer, first picking up a camera as a young woman while still living in her native Brazil. Back then she worked with analogue techniques and photographed mostly for herself, using her camera as a tool to portray the situations, objects and persons that she observed around her, and as a way to express the emotions that such observations stirred in her. During her 20 years living in London, she expanded and developed her skills. When she finally made the transition to digital, this took her photographic ambitions to a new level, and since her move to Singapore in August 2012, her photography business quickly took off, particularly portraiture, though she is equally at home in architecture, food, product and travel photography. 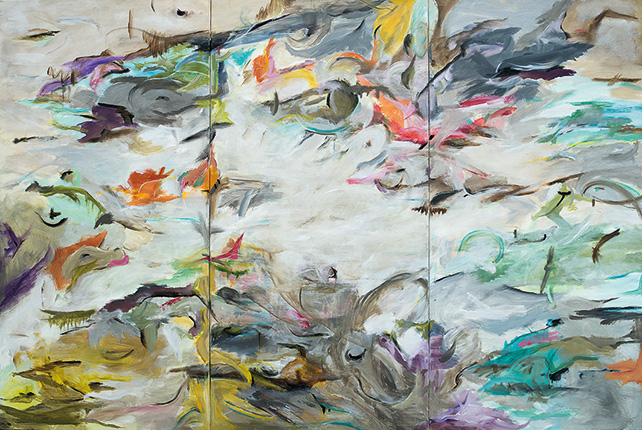 Her interest in photography began while studying to become a journalist in Brazil, and this documentary pursuit to portraying reality “in its purest form” is evident in her style. But with her painting, Pagani rather focuses on escaping reality and its consequences, letting herself slide into an exploration of perceptions, feelings, suggestions and allusions: “My love for shapes, colours, textures, light and life’s emotions is what makes me to want to capture almost everything that surrounds me.” Colour and texture flow freely, her large expressive canvasses evoke movement and atmosphere, her mixed media pieces play with surface and form.

Her introduction to painting came through attending short courses at Lasalle College of the Arts and Miu Art Centre in Singapore, and then, to further her technique, she took lessons with the Brazilian artist Rosangela Kogiso. Of her diverse approach to artistic expression, Pagani explains: “It is because of the urge to represent and express my thoughts and feelings that I find it sometimes difficult to maintain a stylistic coherence kept and preferred by most artists. For me, rather than consistency, I follow my desire to experiment and to represent my perception and sensibility through a variety of shapes, textures and figures, not always to be explained but to be simply appreciated.” 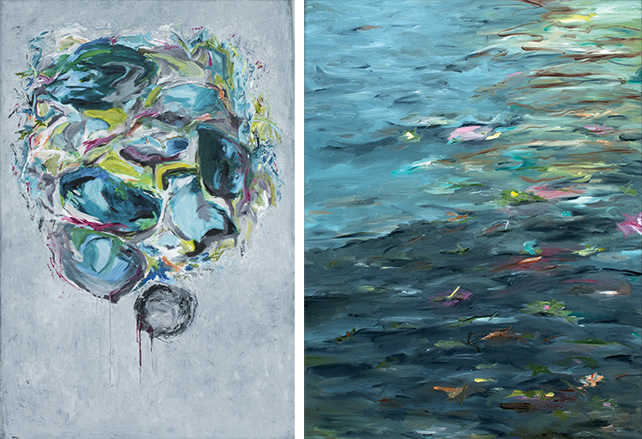