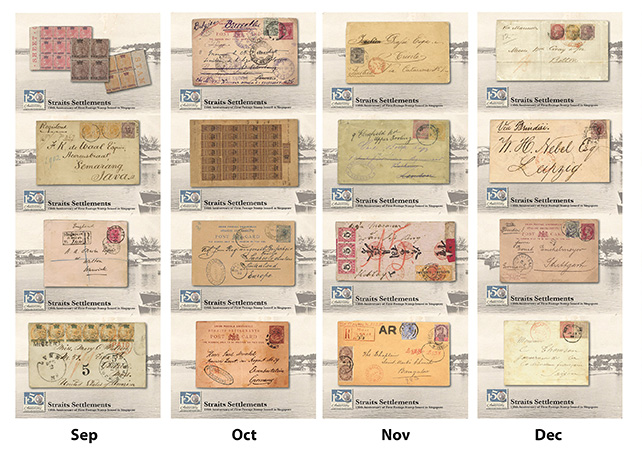 In the 19th century, Singapore played a vital role as a postal and communications hub for Southeast Asia, and the rest of the world. On 1 September 1867, 150 years ago, our island assumed the seat of government of the Straits Settlements, and also took charge of postal affairs. To commemorate the occasion, Singapore issued its first set of postage stamps.

These historic stamps, as well as valuable and rare philatelic items of the Straits Settlements, will be displayed on rotation from September 2017 till January 2018 for the exhibition 150th Anniversary of First Postage Stamp Issued in Singapore, jointly organised by the Singapore Philatelic Museum and the Association of Singapore Philatelists.