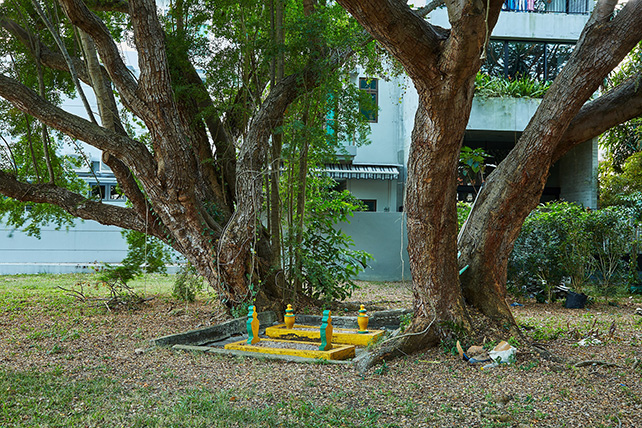 Imagine sunny beaches lined with luxurious bungalows, casual eateries and seaside motels – a holiday in the Hamptons? Not really. This was Bedok in the early 20th century, where the wealthy lived alongside villagers who lived by the sea as fishermen, and others who worked at plantations and farms. Before the development of the East Coast that we know of today, this seaside town of Singapore made its own unique influence on many aspects of life – ranging from architecture, food to recreation.

In conjunction with the ongoing Singapore HeritageFest, the National Heritage Board (NHB) launches its 15th heritage trail – the Bedok Heritage Trail today. Developed as part of the Housing & Development Board’s Remaking Our Heartland plans for the East Coast area, the new trail spans over 15km and features 10 heritage markers installed at various significant heritage sites around the area. Participants on the trail can trace the evolution of Bedok’s residential dwellings from kampongs (“villages” in Malay) to modern estates, and discover the lesser-known side of the area’s history such as its role in the East Coast Reclamation Scheme.

“As with all our heritage trails, we hope that the Bedok Heritage Trail will be able to raise the awareness of residents and visitors about Bedok’s rich and diverse heritage and increase their appreciation for the interesting landmarks around the estate. In doing so, we hope that the Bedok Heritage Trail will foster a greater sense of belonging and rootedness amongst residents, and instil a sense of pride in Singaporeans about the role Bedok has played in Singapore’s progress as a nation,” said Mr Alvin Tan, Assistant Chief Executive (Policy & Community) of NHB.

In conjunction with Singapore HeritageFest 2016, Bedok guided bus tours will be organised over the weekend of 7 and 8 May. Members of the public who are interested can sign up at www.heritagefest.sg.