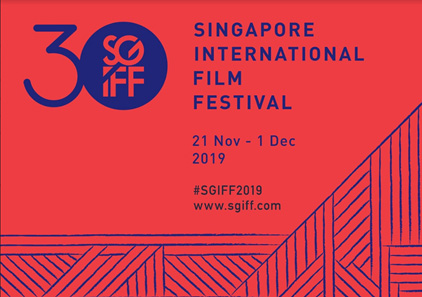 The Singapore International Film Festival (SGIFF) celebrates its 30th anniversary with a dynamic line-up of films and programmes from 21 November to 1 December 2019.

The largest and longest-running film event in Singapore since 1987, SGIFF is an internationally-recognised discovery ground of independent cinema in Southeast Asia. Film lovers can look forward to experience the magic of cinema through the rich stories that reveal the texture of life signature to Southeast Asia, while taking the pulse of films around the world. At the same time, they can also connect with the cinematic talents and deepen their appreciation for films through post-screening dialogues, masterclasses, panel discussions and talks.

SGIFF has also launched the Nature’s Playground, a mixed media exhibition at Gardens by the Bay, which follows 10 local storytellers including media personalities such as Fiona Xie and filmmaker Kirsten Tan on their creative journeys inspired by the natural environment around Singapore. Collectively, the storytellers will explore what it means to be an artist who tells personal stories centred in the region through their self-portraits amidst nature around us.