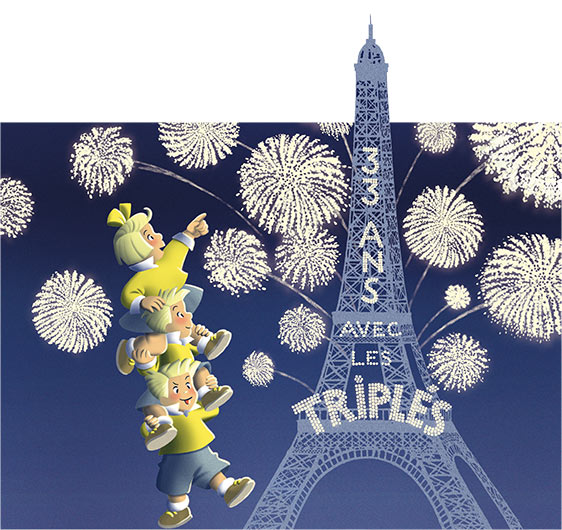 We are pleased to welcome Nicole Lambert to our Francophonie Festival. A well-known comics writer, she is famous for her series “Les Triplés”. The Triplets are the most cherished children of the French comic books world. Since 1984, they are published every week in the French magazine Madame Figaro. They have been the subject matter of more than 30 comic strip albums, sold over one and a half million copies and have also been adapted as an animated series for TV.

The exhibition, which celebrates the 33 years of the comic’s existence, will allow you to discover the best comic strips for each year.