A Talk by Stefan Bläske: The New Artistic Trajectories of Milo Rau/IIPM 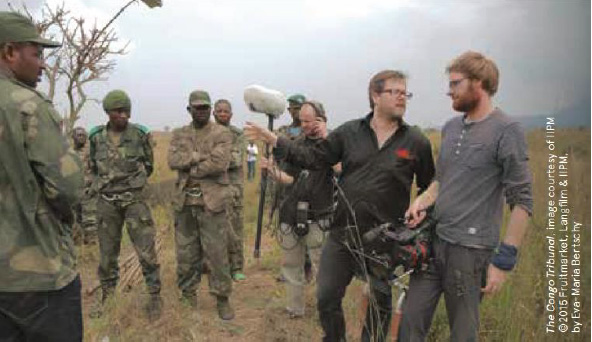 Join International Institute of Political Murder’s (IIPM) dramaturg, Stefan Bläske as he traces the arc of Swiss theatre and film director Milo Rau. In this engaging discussion, Bläske will discuss the forms of theatrical and political theatre made famous by the IIPM. You will also get an exclusive look at the trailer of the upcoming documentary “The Congo Tribunal”, which examines harrowing cases of mass murder and displacement in Eastern Congo. Bläske will also touch on the recent European trilogy of Rau’s from “The Civil Wars” to “The Dark Ages” to “Empire”.

Milo Rau (born 1977) is a Swiss theatre and film director, journalist, essayist and lecturer. Rau studied sociology, German and Roman studies in Paris, Zurich and Berlin under Tzvetan Todorov and Pierre Bourdieu, among others. In 2007, Rau founded the theatre and film production company IIPM, which has been invited to some of the biggest European festivals, including the Festival d’Avignon and the Berliner Theatertreffen.