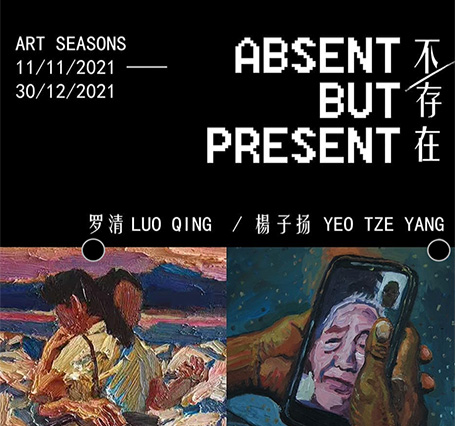 In Tze Yang’s paintings, a strong personal sincerity is conveyed that offsets the depth of the subject matter that he is portraying. This is to say, behind the close observation of the current societal problems, so much more is an experienced assessment of the situation, a choice, but not aimed at the subject’s profound portrayal. It is almost as though Tze Yang deliberately or unintentionally does not emphasize the composition but wants the viewer to seek the story behind the picture. Among them, the scenes are grasped within the realities of society, men in his built environment are unimportant, to our concentration, or distancing oneself from others, is within a kind of indeterminacy that completes an acknowledgement or change of status. Amongst these, the artist becomes an observer, patiently telling the story from beginning to end. In a diametrically different approach to the subject matter, Luo Qing utilised a kind of anti-narrative method of composition; the theme is full of the emptiness of life. Greatly inspired by the American romantic realist painter Edward Hopper’s sense of solitude and quiet reverie, Luo Qing’s imagery language completes a choppy metaphor. A solo scene, an isolated sentiment, depicts the living conditions of the many seemingly insignificant beings and flooding their world with inevitable numbness and unhelpable ignorance, forming the characteristic motif of his pictorial language.