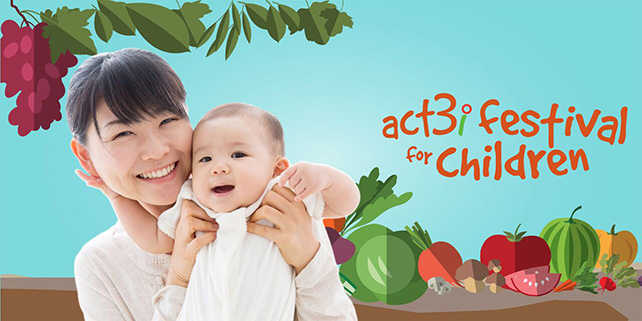 For babies and early years

ACT 3 International, Singapore’s leading Arts company for the young, is proud to announce the return of the second instalment of ACT3i Festival for Children (pronounced ‘ACT 3 Festival) two years after its premiere in 2016.

Consisting of six original theatre performances from England, Italy, Lithuania, Scotland and Singapore and one drama workshop, the festival will celebrate theatre and the Arts for babies and early years, with a mission to share the importance of this art form as a key contributor to developmental growth. Theatre practitioners for babies believe that this art form ignites their imagination and curiosity, encourages experimenting as well as enjoyment through aesthetics.