All that is Left Behind by Singapore Artist Speak Cryptic 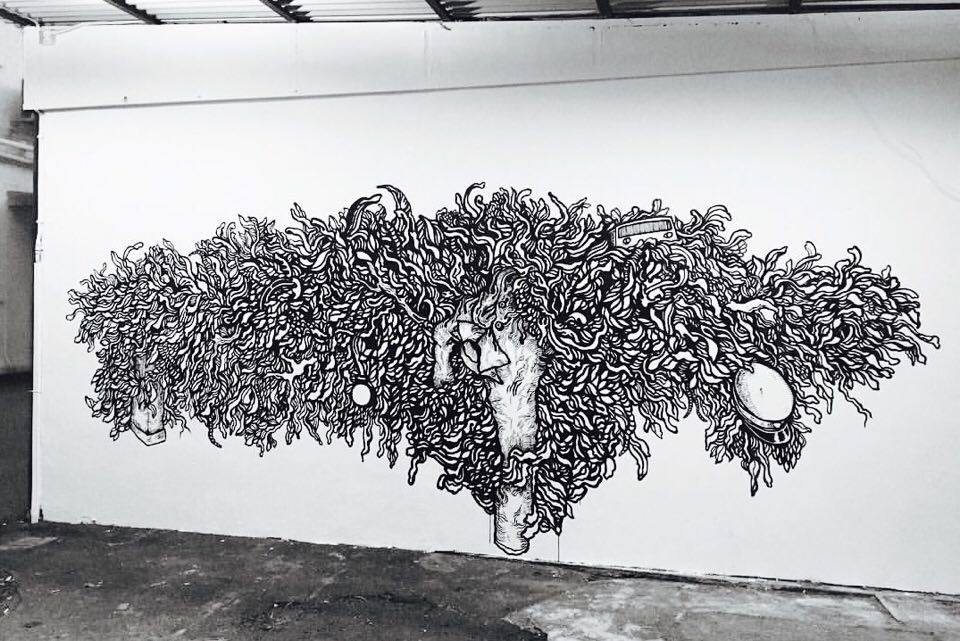 Singapore artist Speak Cryptic will be creating a series of outdoor art works that culminates into an art trail in Gillman Barracks, consisting of illustrative murals created in tribute to the Barracks’ original purpose of housing the 1st Battalion of the Middlesex Regiment in 1936.

The artist has had previous experience in using his art to activate spaces; specifically, Singapore Art Museum (SAM) had previously appointed him to create a site-specific work titled, Ka-khé, where he made use of SAM at 8Q’s stairwell to effectively create and build a narrative of his Baweanese heritage with his illustrations, which wound around the three floors of the building. The ability to use art as a narrative to bring people around to explore spaces and environments was what the GB art trail hopes to achieve with visitors coming into GB.

For this series of murals, an assortment of trees and shrubs, which could be seen as an extension of the forested environment surrounding the area, will be painted onto the walls of the different structures and buildings in Gillman Barracks. Various British army paraphernalia from the 1930s such as medals, army boots and the army uniform will be painted to look as they are hanging, sitting and/or slung over the ‘branches’ of these plants.