Allos, The Story of Carlos Bulosan 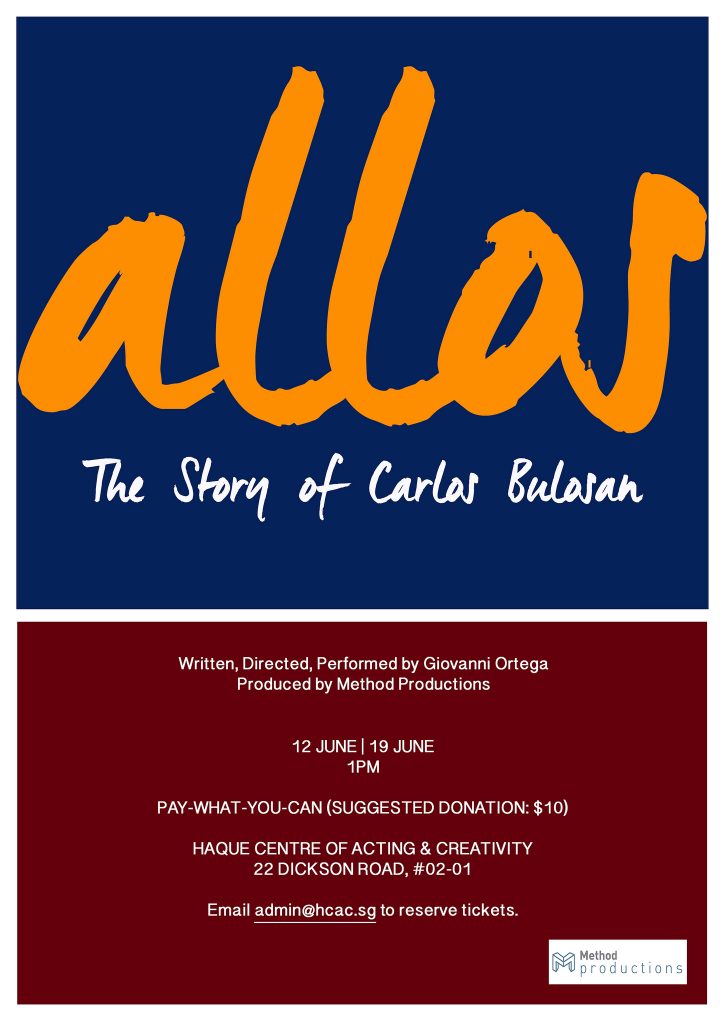 Allos, The Story of Carlos Bulosan tells the story of an important hero many do not know, and history books do not mention. Like so many immigrants seeking a better life, Bulosan followed his brothers to America only to find violence, racism and exploitation. He used his writing to combat discrimination and became an advocate for migrant workers rights.

In 1946, his semi-autobiographical novel America is in the Heart became the voice of the Filipino immigrant experience. Bulosan’s story is a testament to one man’s courage and spirit in a country that rejected him, yet he never ceased to believe in and love continuously.

The lives and struggles of Filipinos across the globe are stories seldom told and yet they are one of the largest immigrant groups in the world that are considered domestic workers.

This production reflects the commitment to utilize the performing arts as a tool to teach the community about the history of an underserved population, immigrant rights and how the arts can be an important tool in uniting a community.

After the presentation, there will be an open forum to engage audience in a dialogue with domestic workers as well as community members.

By: Haque Centre of Acting and Creativity