An Evening with Pat Metheny (US) with Antonio Sanchez, Linda May Hah Oh & Gwilym Simcock 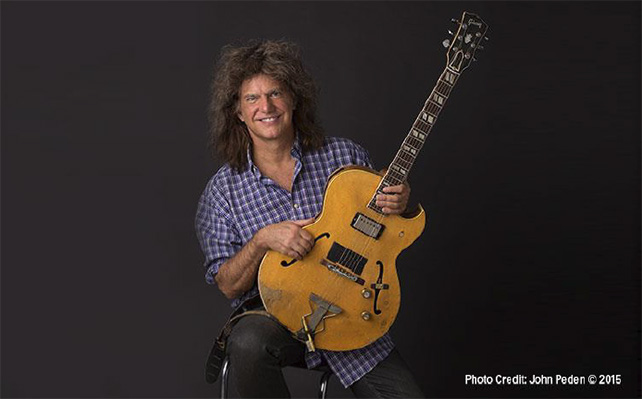 Twenty-time Grammy Award-winning jazz guitar virtuoso Pat Metheny returns to the Esplanade Concert Hall for another unforgettable evening featuring music from across his career. Metheny is joined in this concert by his longtime drummer Antonio Sanchez, who composed the Grammy Award-winning film score for Birdman, and two young leaders in the New York City and London jazz scenes—Malaysian-Australian bassist Linda May Han Oh and British pianist Gwilym Simcock.

Metheny first burst into the international jazz scene in 1974, and his debut album Bright Size Life in 1975 reinvented the jazz guitar sound for a new generation of musicians. Throughout his career, Metheny has continued to redefine the genre by utilising new technology and constantly working to evolve the improvisational and sonic potential of his instrument. Metheny’s versatility on the jazz guitar is nearly without any peer on any instrument, and his deeply emotive music inhabits a multitude of musical worlds.