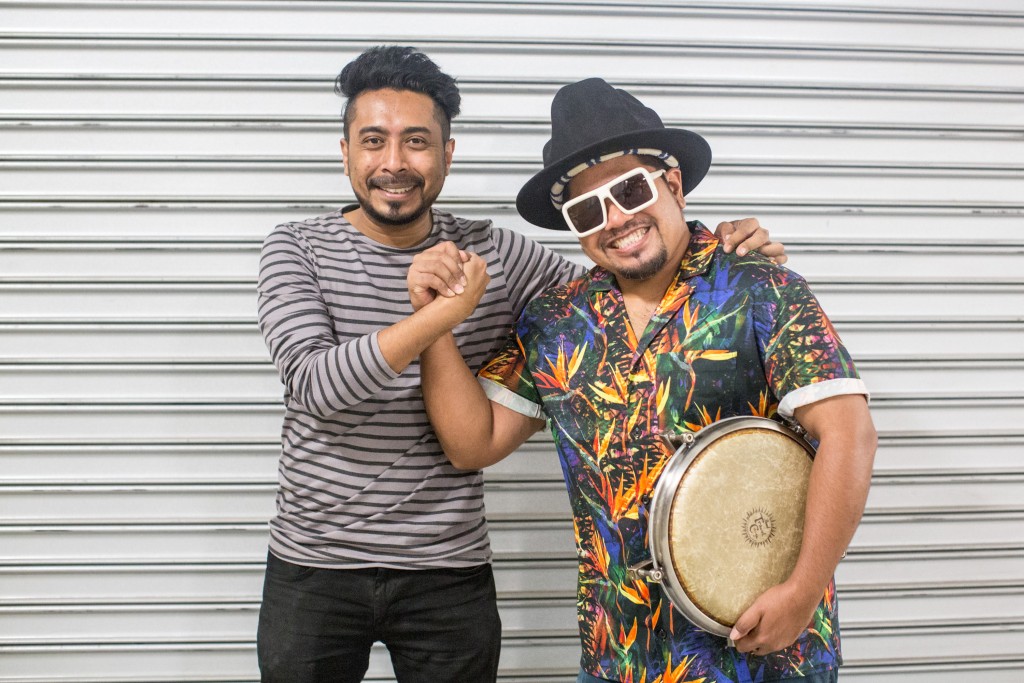 Andry Suhaimi writes and sings his own songs with his band, Tell. He was the second vocalist for popular reggae band Bushmen, and had also collaborated with Clique Unites in the past.

Rudi Salim used to play traditional percussions in his school’s dikir barat group. He performs in drama productions and is an active member of another percussion band Nadi Singapura, with whom he represented Singapore in festivals overseas. He is the co-founder of traditional percussion and vocal band, Nobat Kota Singa, and teaches traditional music in schools as well as conducts music workshops for organisations.

The duo, along with guest musicians, combines the rhythms of Malay traditional and Jamaican music in an evening of music without boundaries, to bring listeners together through rhythm and emotion.