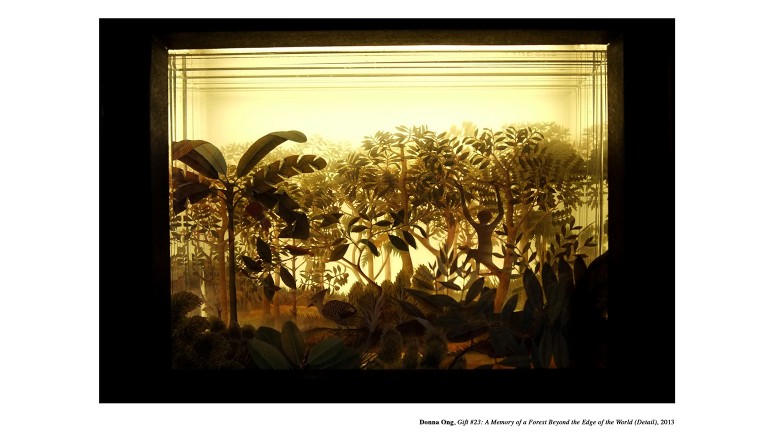 Donna Ong is an installation artist from Singapore, best known for her evocative and thought-provoking environments made from furniture, found objects and original artwork. She has exhibited her work locally and internationally in shows such as the Jakarta Biennale (2009), Kwandu Biennale (2008), 2nd Moscow Biennale (2007) and the inaugural Singapore Biennale (2007).

In 2009, Donna was recognised for her artistic achievements by the Singapore Government with the receipt of the National Arts Council’s Young Artist Award. In the same year, she also won the People’s Choice award for the President’s Young Talent Competition. While pursuing her Bachelor’s degrees in Fine Art and Architecture at Goldsmiths College (London) and University College London (UCL) respectively, she was conferred several awards and prizes such as UCL’s Singapore Undergraduate Scholarship, the Shell-NAC Undergraduate Scholarship and the Architectural Theory Prize. Recently, she also completed a Masters degree in Fine Arts at LASALLE where she graduated at the top of her cohort.